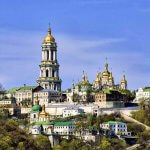 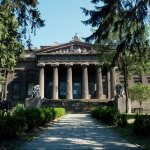 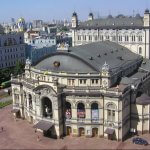 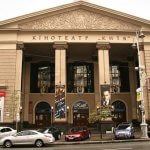 Cultural places in Kiev include ancient architectural buildings, cathedrals and churches, as well as architectural monuments that have become the cultural heritage of the capital. Tere are 3 attractions in Kiev included in the UNESCO World Heritage List. It is the Sophia Cathedral, the Kyiv-Pechersk Lavra and the Transfiguration Church (the Church of the Savior on Berestove). More information about the most ancient buildings of Kyiv you can find here.

Kyiv is the spiritual center of the Orthodox religion, where for many centuries a lot of churches and monasteries have been built. Some of them have survived to this day in their original form. You can find out more about Kyiv cathedrals and churches here.

Since ancient times, Kyiv was considered to be a multinational city, where religions and cultures of different nationalities were gathered, thus adding their traditions to the heritage of the city. So in modern Kyiv you can see a Jewish synagogue, an Islamic mosque, and a Catholic church side by side. You can check out sacred buldings of different religions in Kyiv here.

Kyiv is a cultural center. It has museums, exhibition centers and galleries. The largest museum of Ukraine, comprising masterpieces of painting, sculpture and graphics since the times of Kievan Rus, is the National Art Museum (6 Grushevskogo Street). The most popular and the largest exhibition center is the Mystetskyi Arsenal (10-11 Lavrska Street). The most contemporary gallery, which presents the art of the XXI century, is the Pinchuk Art Centre (Baseina Street, 1 / 3-2). Find out more about the museums in Kyiv here.

The cultural part of Kiev is not only about museums and exhibitions, but also all about theaters, opera, ballet, music and cinema. Theater lovers will be pleasantly surprised, since there are about 50 theaters in Kyiv. The Opera Theater can certainly be called number 1. It was founded in 1867 and is located at the intersection of B. Khmelnitskyi and Volodymyrska streets. Great Italian singers, legendary Fedor Chaliapin and other famous opera artists have been singing on the stage of the Kyiv Opera sang. Kyiv theaters can be found here.

Cinema lovers can enjoy dozens of cinemas equipped with the latest technology in Kyiv. First of all, the “KYIV” cinema should be mentioned. Opened in 1952, it was the first one to use a special acoustic plaster that was enhancing the sound. Thanks to new solutions, “Kyiv” has become one of the country’s best cinemas. International festivals are held here, as well as premieres of films with the participation of the stars of Russian and world cinematography.

In 2007, the cinema was listed in the EUROPA CINEMAS international organization which includes the best cinemas in Europe, Latin America, Asia and the French-speaking countries of Africa. Find out more about the cinemas in Kiev here.