We conduct individual tours around Poltava – an amazing old city, which deserves to be called the center of development of national culture. By the way, Poltava dialect is considered to be the basis of the literary Ukrainian language. During the tour, you will see the famous museum of local lore, the Assumption Cathedral, as well as one of Poltava highlights – the rotunda on Ivanova Mountain, which offers a panoramic view of the city. In addition, we offer a choice of excursions to tourist places of Poltava region – Dykanka, Velyki Sorochyntsi, Lubny, Hadyach, etc.
(see below) 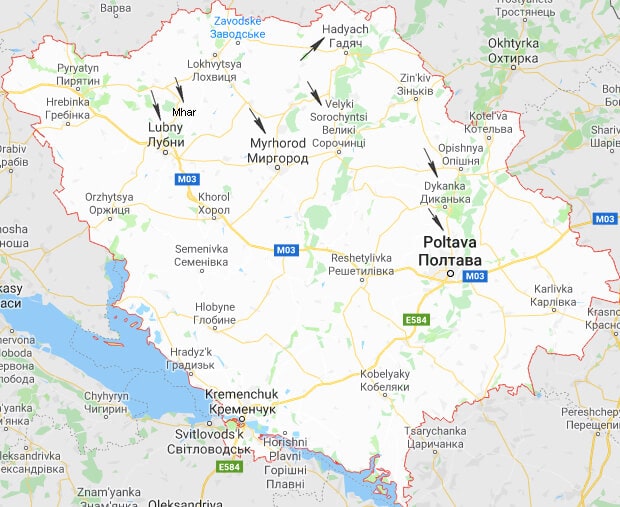 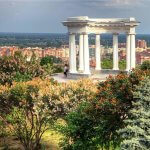 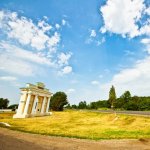 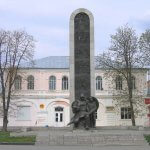 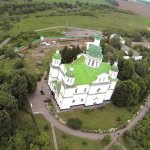 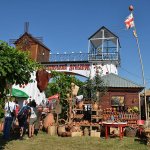 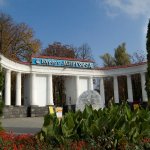 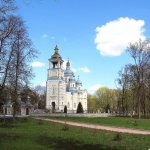 Poltava – a regional city located on the Vorskla River (340 km from Kyiv). This is one of the oldest cities, founded in the IX century. Building of the historic center, preserved to this day, falls on the beginning of the XIX century. Poltava is called the center of development of Ukrainian culture, and the Poltava dialect is considered to be the basis of the literary Ukrainian language. M. Staritsky, N. Gogol, M. Dragomanov, I. Kotlyarevsky, P. Mirnyi lived, studied and worked here. T. Shevchenko, M. Kropivnitsky, V. Vernadsky and M. Sklifosovsky used to come here too. Poltava was and remains the most important center of science and education in Ukraine. Today, 12 higher educational institutions are open here. Among the main attractions are the Museum of Local Lore, the architectural ensemble of the Round Square, the Assumption Cathedral, Holy Cross Monastery, the M. Kotlyarevsky Museum and other objects. 30 km from Poltava you will find Dykanka – a village known after work of M.Gogol “Evenings on a Farm near Dykanka”. Once it was a manor of Kochubey. At the entrance to the village you will see Kochubey giant oaks, which are supposedly about 800 years old. Also in Dykanka there are two churches, built in the XVIII century.

Lubny – a district center in the Poltava region (200 km from Kyiv), founded at the end of the 10th century by Kyiv Prince Vladimir. The first mention of the settlement is found in 1107, where Lubny is described as a border town. Nowadays it is an industrial and cultural center. For tourists who want to visit the ancient city and plunge into history since the days of Kievan Rus, Lubny has enough memorable objects. Among them: ancient Orthodox churches such as the Church of All Saints (1836), the Church of the Nativity of the Virgin (1899), the Trinity Church. Among the monuments of architecture is the Diocesan School (1907), the former Zemstvo Hospital (1915), and the local history museum (XIX century). Also within the city there is an arboretum (area – 32 hectares), where up to 300 species of trees and shrubs grow, including exotic ones. In the village of Mhar (6 km from Lubny) there is one of the ancient shrines – Mhar monastery, founded in 1619.

Velyki Sorochyntsi – a small village in the Poltava region (280 km from Kyiv), known throughout the world with the National Sorochyntsi Fair, which since the middle of the 19th century is held annually. But not only the fair became famous this place. It was here that the outstanding writer Mykola Gogol was born, who immortalized the village by writing the work “Sorochyntsi Fair”. Today, here is the literary-memorial museum of M. Gogol, in front of which there is a bronze bust of the writer. The main attraction is the Holy Transfiguration Church with a unique iconostasis, preserved from the time of the Cossacks. Of course, the largest number of tourists attracted Sorochyntsi Fair, which takes place in the last week of each August and lasts 5 days. At this time tourists from different countries come here to get acquainted with Poltava customs and culture, listen to music performed by Ukrainian stars, see Gogol characters and bright theatrical performances, take part in games and master classes and taste national dishes.

Hadyach – a city in Poltava region (300 km from Kyiv). The city is known in history as the residence of several hetmans of Ukraine and one of the largest ranking estates of Ukrainian hetmans. It is also known for the fact that Ukrainian public figure M. Drahomanov and writer O. Pchilka, the mother of the outstanding poetess Lesya Ukrainka, were born here. It is worth noting that the founder of one of the movements of Hasidism, Chabad Shneur Zalman, was buried in Gadiach. Thousands of pilgrims come to his grave every year. Today, Gadiach is rightfully considered to be an ornament of Poltava region. Its main attractions include the Assumption Cathedral, the museum of the Dragomanov family, the only Hammer museum in Ukraine, etc.