We conduct individual tours in Vinnytsia. Vinnytsia is also included in the travel guide for Ukraine. A popular attraction of the city is the light and musical fountain, which today is considered to be the largest one in Europe. Hitler’s Werewolf Headquarters, built near Vinnytsia, can be called the most famous historical site. In addition, we offer a choice of excursions around Vinnytsia region – Nemyriv, Tul’chyn, Mohyliv-Podil’s’kyi, etc. (see below) 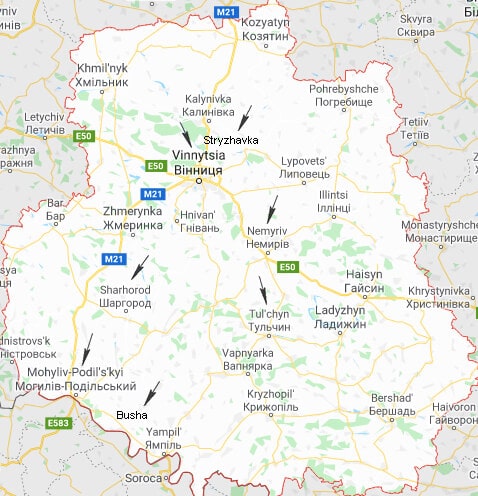 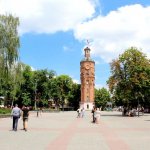 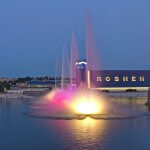 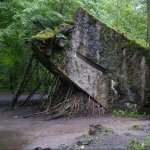 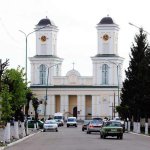 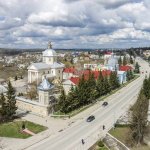 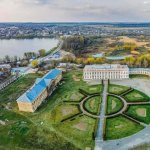 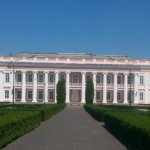 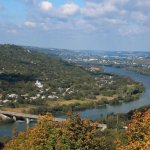 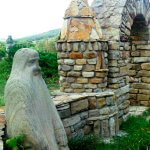 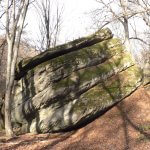 Vinnytsia – a regional city, located on the banks of the Southern Bug River near Kyiv (266 km). The name of the city comes from the Old Slavonic word “v’no”, which means “gift”. For the first time the city is mentioned in documents in 1362. In recent years, Vinnitsa has been actively visited by tourists. Reason is in the light-musical fountain “Roshen” built in the riverbed, which today is the largest floating fountain not only in Ukraine, but also in Europe. In warm weather (April 20 – October 20) in the evenings you can see an amazing 3D laser show. Crowds of tourists come to admire the lights’ performance.

Strizhavka. “Werewolf”. There is another amazing place next to the city, which is not known to everyone – it is the “Werwolf”, a former German military complex of 80 structures and 3 bunkers, built in 8 km from the city. “Werwolf” (translation from German – “werewolf”) was built as Hitler’s headquarters and acted in 1942-1944. According to official documents, Hitler was in Werwolf three times. When the Germans retreated, the entrance to the bunker was blown up by them, while some sources assert that the internal premises were not damaged. To this day, the place attracts researchers who want to find out the last secret of the Third Reich. Today, here is the historical memorial complex in memory of the victims of fascism.

Nemyriv – a city in Vinnytsia region (250 km from Kyiv). It arose at the end of the 14th century, and was first mentioned in 1506. It is known that the estate belonged to Prince Chetvertinsky, then to the Zbarazhsky family. In 1632 it passed into the possession of the princes Vishnevetskys, and after – to Polish magnates Pototskys. Vincent Potocki made a significant contribution to the development of the city. A Russian poet N. Nekrasov was born here. A Ukrainian writer Marko Vovchok used to live here. I. Soshenko (a friend of T. Shevchenko) was teaching here, and an outstanding surgeon N. Pirogov used to come here. Such architectural monuments, as the palace of Princess Scherbatova (XIX century), the Church of St. Joseph the Betrothed (1805), the Holy Trinity Church (1881), the building of the male gymnasium (1838), have been preserved till now. The Nemirovsky ancient settlement – one of the largest Scythian ramparts (VII-VI centuries BC) is the main archaeological site. The Nemyrivsky Park of Shcherbatova Palace is the sight of landscape art, founded by Vincent Pototsky in 1787 (area – 85 hectares). The park has got a complex of ponds. The local distillery, which is the base enterprise of the Nemiroff brand, is known all over the world.

Sharhorod – a town in Vinnytsia region (330 km from Kiev). It was founded in the XVI century by a nobleman J. Zamoysky, who since 1585 owned these lands and named them in honor of the patron saint of the house Florian Shary. In the second half of the XVI century, Jews began to settle here, and a Jewish community was formed. So, to this day one of the oldest Jewish cathedrals of Ukraine, built in 1589, has been preserved. In the 1640s, the city had a strong defensive fortress, which played an important role in protecting the southern borders. In 1734, Shargorod became the epicenter of the first Haidamak rebellion led by Verlan. Since 1850, the settlement passed into the possession of Prince Sangushko. With the advent of Soviet power, Jews accounted for 61% of the population of Shargorod. During the Second World War, a ghetto was created in the city, where the Jews of Bessarabia, Bukovyna and Romania moved. Today, the preserved architectural monuments include the Nicholas Monastery (XVIII century), the Church of St. Florian (XVI century), the Synagogue (XVI century), and the remains of fortifications (XVI century). In the 1980s a film based on the novel “Wandering Stars” by Sholom Aleichem was shot here.

Tul’chyn – a town in Vinnytsia region (350 km from Kyiv). The first written records were found in 1607. Since 1726, the lands passed into the possession of the family of Polish magnates Potocki. In 1782, Count Stanislav Schensny Pototsky built the palace and park complex, which served as his residence. By the end of the XVIII century, the city became the center of industry and craft. The commander A. Suvorov, writer I. Kotlyarevsky, poet A. Pushkin used to come here. Thus, Tulchin is mentioned in the novel “Eugene Onegin” (10th chapter). A creative life of an outstanding Ukrainian composer M. Leontovich, who lived and worked here for more than 10 years to create 200 choral works, is also connected with the city. In 1914 he wrote “Shchedryk”, known today all over the world. In memory of the famous composer, the Leontovich Museum was opened in the house where he lived in 1908-1921. The Potocki Palace, the Assumption Church (XVIII century), the building of the Officers’ Assembly, where meetings of the Southern Society of Decembrists (XVIII century) used to take place, as well as the Holy Cross Cathedral (the former Dominican Church) have survived to our days. On the territory of the Potocki Manor, OPERAFEST TULCHYN is held annually.

Mohyliv-Podil’s’kyi – a city on the Dniester River in Vinnytsia region (380 km from Kyiv). The first mention of the village on the site of modern Mogyliv-Podolsky dates back to 1450. The feudal lord Yeremiia Mogila, who later transferred the estate to the Bratslav governor Stefan Pototsky as a dowry for his daughter, founded it in 1595. Count Potocki built a castle here and named the city after Y. Mogila. Due to its location, the city was rapidly developing and becoming one of the largest shopping centers. Today in Mogyliv-Podolsky has got a checkpoint on the border with Moldova. The city is considered to be both commercial and tourist center. Such architectural monuments as the Nicholas Church (1754), the St. George Church (1808), the Church of St. Alexander Nevsky (1907), the Potocki House (XVIII-XIX centuries), and museums have preserved till now. Not far from Liadova the Holy Beheading Rock Monastery (XI-XVIII centuries), healing springs are located.

Busha – a small settlement in the Vinnytsia region (400 km from Kyiv), located on the border with Moldova where the Murafa and Bushanka rivers merge. The place is not popular among tourists, because few have heard of this village, which keeps the history of the Tripillia culture times. To this day, there are preserved monuments of archeology (ІІІ millennium BC – XII century), remains of the fortress and underground passages (XVI – XVII century), city hall (XVI century), Busha rock temple of the pagan and Christian periods (V-XVI century) with unique cave paintings, and Cossack cemetery (XVIII-XIX century). In order to preserve all the monuments of architecture and archeology, the Bush Historical and Cultural Reserve was created in 2001. Also there is a park of historical sculpture, where the international sculptor-stonemasons “Podolsky Amulet” planners are held annually.

“Haidamatsky Yar”. Not far from the Busha village there is a “Haidamatsky Yar” tract, which is a natural reserve of national importance covering an area of 96 hectares. Here, on the oak and hornbeam slopes of the Bushanka river many sandstones of various shapes are scattered. We should mention the rock called Vysiacha (The Hanging One), which almost vertically stands on another rock, smaller in size. According to the legend, the rock “Gontiv Kamin” (Gonta Stone) was a favorite place of the leader of a popular uprising, Ivan Gonta, and the rock “Haidamatska” was the place where Cossacks used to hide during the war with Poland.