We carry out individual tours in Zhytomyr – an ancient city known since the times of Kyiv Rus. Zhytomyr, like other tourist cities, also boasts historical and cultural sites. Among the sights are the old museum of local lore, the Transfiguration Cathedral, the “Craft Courtyard”, which contains rare instances of tools. In addition, we offer you a choice of excursions in the Zhytomyr region – Radomyshl’, Berdychiv, Korostyshiv, Novohrad-Volynskyi, Korosten’, etc. (see below) 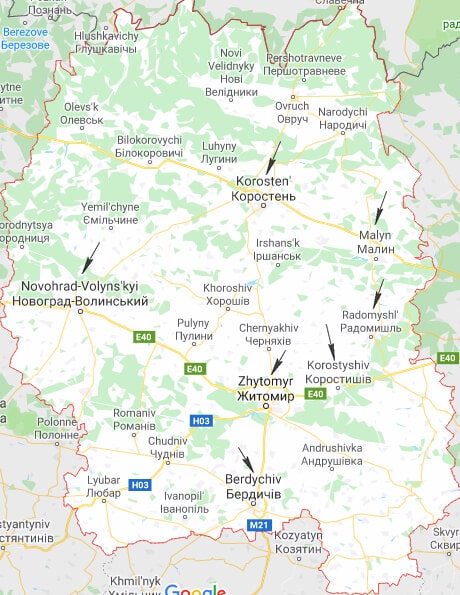 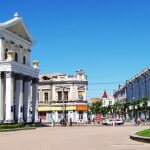 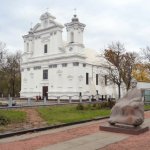 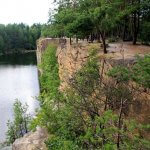 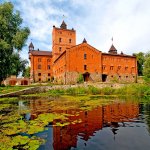 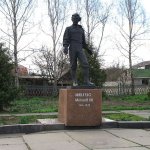 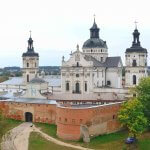 Monastery of the Order of Discalced Carmelites 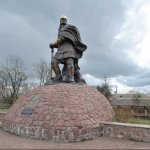 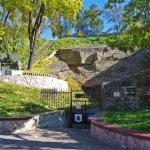 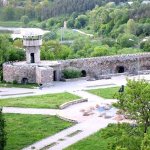 Zhytomyr – a regional city located on the Teteriv River (140 km from Kyiv) and one of the oldest cities of the Kyivan Rus period. The date of the founding of the city is 884, and the first chronicle mention occurs in 1321 under the name of Zhytomel. The city can boast not only with its rich ancient history. Such great people as academician S.Korolyov, writer Haim-Nahman Byalik, pianist S.Richter, etc. were born here. A cozy green city always attracted the attention of tourists. One of the main sights of Zhytomyr is a museum of local lore, founded in 1865, which houses a unique collection of European artists of the 16th – 20th centuries. The Cathedral of the Transfiguration, built in 1874, is considered a visiting card of the city. The cathedral is built in Byzantine style, and the height of its towers reaches up to 50 m. In memory of the famous resident in the city there is a house-museum of the great constructor S.Korolyov, where his personal belongings were preserved. Near the house there is a museum “Cosmos”, dedicated to cosmonautics. In addition to monuments of architecture, there is in Zhytomyr an unusual museum of the ancient tool “Craft yard”, which has no analogues in Ukraine for today. It contains rare specimens of tools of various crafts of that time. The favourite place of the citizens is the central park, laid out on the slopes of the river banks. Going deep into the park, you can go to the viewing platforms, where opens the picturesque view on the canyon in the granite rocks. One of the rocks called “Chatsky’s Head” is a geological monument of national importance.

Korostyshiv – a picturesque town on granites in the Zhytomyr region (108 km from Kyiv), which dates back to the 13th century. The first mention of the settlement occurs only in 1499, when the Lithuanian prince Jagellon presented him to the boyar Krzysztof Kmit. Since 1565, the village was owned by the kind of counts Olizarov. In the XVII century in the city a castle and a church were built. By 1783 there were already more than 100 houses. In the 1850’s in the city began to extract granite, and at the beginning of the XIX century in the area started to develop industry – was built the first stone bridge in the region. There were also water mills, cloth factories, sawmills, breweries, tanneries and glass factories. Korostyshiv is still one of the centres of the granite mining industry. Due to the extraction of granite, the so-called Korostyshiv quarry was appeared, which each year attracts connoisseurs of scenic places and climbers. Pine covered rocky shores and a transparent turquoise lake give the career an amazing landscape reminiscent of Karelia. The height of the rocks reaches up to 10 meters, and the depth of the lake is up to 20 meters. But for the lovers of history and architecture, the city has preserved such objects as the Church of the Nativity of the Blessed Virgin Mary (18th century) in the Baroque style, the building of the Count Olizarov’s Estate (XIX century), the Lutheran church (XIX century), museums and much more.

Radomyshl’ – a small town in the Zhytomyr region (190 km from Kyiv). Interest to this town arose among tourists recently, when here in 2011 the private museum complex “Radomysl Castle” was opened, the founder of which was Ukrainian physician and doctor of medicine Olga Bogomolets. The main building of the complex is the castle itself – it is an old-time mill, built in 1902 and restored with the reconstruction of the interior of the XVII-XIX centuries. Here you can see the Refectory, the Ritual Hall, where marriages are held, the Concert Hall, where classical music concerts take place. “Radomysl Castle” includes the only in Europe Museum of the Ukrainian home icon, which is based on the personal collection of icons O. Bogomolets (more than 5 thousand images). Among them is worth noting the unique ancient stone icon of St. Nicholas the Wonderworker (XV – XVI centuries). In the “Castle Radomysl” ancient techniques of making paper, used by Orthodox monks 400 years ago, were revived. You can visit the master class and make a piece of paper manually. In addition, the complex includes a landscape park with waterfalls, rare plants, and the territory is decorated with ancient sculptures of the XVII-XIX centuries. The landscape park consists of several islets connected by bridges. Everyone can boat on the Mika River. At the territory of the complex there is a boutique hotel with rooms decorated in medieval style and with unique antiques. Exhibitions, concerts, excursions are held in the museum complex.

Berdychiv – a small town in the Zhytomyr region (200 km from Kyiv), whose history dates back to 1320. Berdychiv is not very popular with tourists, but it is known among believers. Annually hundreds of pilgrims from all over Ukraine come here. As Berdychiv is a city of cathedrals, churches and temples. The main Orthodox church of Berdychiv is St. Nicholas Cathedral, built in 1908 on the site of the wooden church of St. Nicholas (1748). It is worth noting founded in 1826 Catholic church – it is the church of St. Barbara. It was in this church that in 1850 the great French writer Honore de Balzac was married to the Countess of Ghana, as is confirmed by the memorial plaque on the building. The most significant and ancient object of Berdychiv is the monastery-fortress of the Order of Discalced Carmelites. A majestic architectural complex with defensive walls, towers and a church was laid in the 16th century. as the castle Tyszkiewicz. In 1630 Y. Tyszkiewicz presented the castle to the Catholic Order of Discalced Carmelites, after which the castle was reconstructed. The central building of the monastery is the Mariinsky Baroque church with an amazing decor and rich interior. In one of the buildings of the monastery there is a historical museum of Berdychiv, exhibitions, concerts of folklore music are held.

Korosten’ – one of the most ancient cities, located on the Uzh River in the Zhytomyr region (164 km from Kyiv). The first mention of the city as the centre of the Slavic tribe – Drevlyans is found in “The Tale of Bygone Years” (945) and was then called Iskorosten (“from the bark-wall”). The main tourist site of Korosten is the central park named after Ostrovsky, located on the slopes of a granite rock. At the territory of the park are the so-called Olzhyny baths, which represent a scattering of boulders in the middle of the river Uzh. Here, according to legend, Princess Olga liked to swim. The landscape of the park is natural, which attracts the attention of tourists. The park is decorated with sculptures, monuments, pavilions and bridges. Here, city holidays are held, and newlyweds make a photo session.

No less interesting for tourists is the former secret facility – an underground military station, called the “bunker of Stalin”, erected in the caves of a granite rock in the mid-1930s. Today it is the museum complex “Skelya”, in which one of the three levels of the military station is open for tourists. In addition to attractions Korosten invites to attend the festival “Derun Fest”, which is held annually on the second Saturday of September. On this day, you can taste the national potato dish – deruns. Master classes, competitions, performances of creative teams are also held during the fest.

Novohrad-Volynskyi – a city in Zhytomyr region (230 km from Kyiv). It was first mentioned in 1256 as Zvyagel. During 1648-1649, it was the center of the Zvyagelsky Cossack Regiment. In 1795 it was renamed to Novograd-Volynsky. It was here where in 1871 an outstanding Ukrainian poetess Lesya Ukrainka was born. Today, in the house where she was born, a literary and memorial museum is opened, as well as a monument and a memorial plaque are installed. In 1999, the Museum of the Kosach family (parents of L. Ukrainka) was founded. It is dedicated to famous public figures Petro Kosach and Olga Drahomanova-Kosach. Attractions of the city include the Mezentsevs estate (XIX century), the Holy Trinity Cathedral, and the Transfiguration Church. The remains of the fortifications laid down in 1507 under Prince of Ostrog are preserved. The Zvyagelsky settlement that comprises remains of an ancient city of the 9th-13th centuries, consisting of deep ditches and embankments, is 5 km away from the center. The Gorodnitsky monastery, known since the middle of the XVI century, is 50 km away from the city.