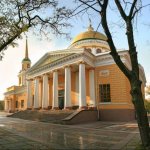 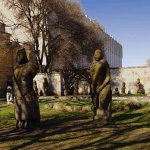 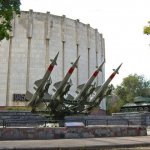 Diorama “Battle for the Dnieper” 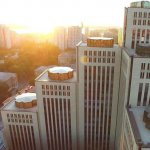 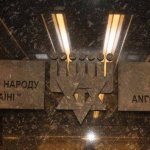 “Memory of the Jewish People and the Holocaust in Ukraine” 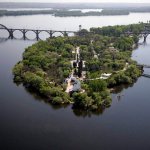 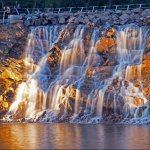 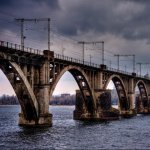 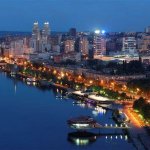 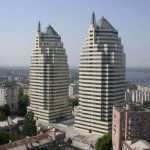 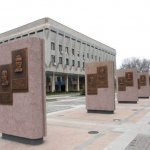 “The People and Events” Polyptych 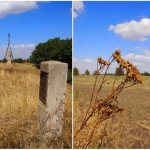 The Transfiguration Cathedral is a cathedral that belongs to the Dnipropetrovsk Diocese of the Ukrainian Orthodox Church. It is an architectural monument. The first laying of the cathedral was in 1787, but the construction did not go further than the foundation. The second stage of the construction took place in 1830, and by 1835 the Transfiguration Cathedral was completed. The Cathedral is built in the classicism style. It has a T-shaped configuration. The cathedral has three entrances – the mainentance, the northern and southern ones. All of them are decorated with six-columned porticos. With the advent of Soviet union, the cathedral was closed, and the premises were used as a warehouse.

Stone women. This is the largest in Ukraine collection of ancient stone sculptures (80 statues), located at the walls of the Dnieper Historical Museum. Among them not only the simplest ones but also unique statues, which have no analogues in any European museum – Natalievska and Kernosovska statues. The collection features exhibits of the Eneolithic epoch (III millennium BC) and original Scythian statues (VI-IV centuries BC).

Most of the collection is made up of the Polovtsian statues of the 12th-13th centuries (67 statues). The formation of the collection falls on the middle of the XIX century. A special contribution to its replenishment was made by academician Dmytro Yavornytsky after his archaeological expedition. Replenishment of the collection continues in our days. Recently, the museum received 10 new sculptures of different times and peoples.

The diorama “Battle for the Dnieper”– is a unique object, discovered in 1975 by the 30th Victory Day. It is a seamless fabric with an area of 840 m2. A wide viewing radius (230 °), a deep subject plan consisting of the remains of defensive structures, weapons and military attributes, special lighting and sound design create the effect of direct presence at the site of the storming of the Dnieper. This is the largest diorama in Ukraine and one of the largest in the world. Diorama occupies a separate building, next to which is a permanent exposition of military equipment from the Second World War.

The cultural and business center “Menora” is the world’s largest Jewish complex with a total area of 50 thousand m2. It was established in Dnipro in 2012. The author of the project is architect A. Sorin. The complex “Menorah” consists of 7 towers, representing the Temple 7-branched candlestick. The highest tower is 77 m (22 floors). The first floor of the center is the “Gallery”. It is made of marble and a specially made Jerusalem stone.

The Gallery presents 12 facades of old Katerynoslav, where male and female schools, synagogues and various places were located. It was the Jewish center of the city. A popular place is the observation deck, located on the roof of the 6th tower at an altitude of 63 m with a panoramic view of the city. You can visit the observation deck during the tour around “Menorah” or separately. In the complex you will find souvenir shops, cafes, creative workshops, offices, two hotels and an art gallery.

The “Memory of the Jewish People and the Holocaust in Ukraine” Museum is the world’s third largest memorial complex dedicated to the Holocaust. The museum is located on three floors of the complex “Menora” and consists of four main halls. The exposition area is 3 thousand m². A distinctive feature of the museum is that apart from the traditional showcases, the expositions also imply multimedia installations, holograms, video and audio recordings. There are also temporary exposition halls, an information center, a library and classrooms.

The Monastery Island is located on the Dnieper River and is connected to the city by a pedestrian bridge. Part of the island belongs to the Taras Shevchenko Park. The first mention of the Monastery Island is found in 1651. The island was named supposedly after the proceeding Byzantine monastery, founded in the 9th century. The southern side of the island is covered with sand, which makes this place popular for rest in summer. Near the pedestrian bridge, built in 1956, there is an artificial waterfall “Roaring Waterwall”, located on the granite rocks (17-m high, 20-m wide).

A railway bridge passes through the Monastery Island. In 1959, a monument to T. Shevchenko was established here, which is considered to be one of the highest monuments of the Kobzar in Ukraine and in the world (8-m high). In 1994, a memorial cross was established to commemorate the Byzantine monks. In 1999 the Orthodox Church of St. Nicholas was opened on the territory of the island. Today, the Monastery Island is one of the favourite places for time spending. There is a yacht club, an aquarium with fish and seaweed and an amusement park for children.

The “Roaring Waterwall” is an artificial waterfall (17-m high and 20-m wide), located on the natural slopes of the Monastery Island. Opened in 2013, the waterfall became an adornment of the Dnipro embankment and a must-see place for tourists. Up to 4 cubic meters of water at the depth of 3 m are pumped there. The waterfall capacity is 1060 cubic meters per hour, which is comparable to 18 railway tanks. Above the waterfall you can see an observation deck. The “Roaring Waterwall” waterfall operates during the warm season.

The Merefo-Khersonskyi Bridge is a railway bridge across the Dnieper River. Due to its artistic expressiveness and technical features it was taken under the protection of the state as a monument of architecture. The uniqueness of the bridge is that it is the only railway bridge in Europe, which has a curvilinear trajectory. The construction of the bridge began in 1914. During the World War I, the construction was suspended.

They resumed construction only in 1928, and in 1932 it was already brought into service. During the World War II, it was destroyed. The bridge was restored after the war. At that time 50 million rubles and 30 thousand cubic meters of high-quality concrete were involved. The bridge lies through the Monastery Island. The Merefo-Khersonsky bridge with its openwork arches is considered to be the most beautiful bridge in the Dnipro city.

The Dnipro Embankment is the longest one in Europe. Its length is more than 20 km. It consists of three streets – Zavodska Embankment, Sicheslavska Embankment and Peremohy Embankment. The embankment is a favourite place for the townspeople time out and a main hghlight of the Dnipro city. The construction of the embankment started in the 1950s. Before that, the coastal part of the city was not really maintained.

In the period between 2005-2007 the embankment was completely reconstructed. Walking along the embankment, you can see a monument to Afghan warriors, a sculpture “Youth of Dnipro”, “The White Swan” light and music fountain, a 50-meter bench and a pyramid with a glass ball. The Dnipro Circus is located on the Sicheslavska Embankment. The embankment opens an unbelievable view of the Monastyrskyi Island, the St.Nicholas Church and the bridges of the Dnieper river.

The Towers Residential Complex had been built during 1999 – 2005 on 35B Dzerzhynskogo Street. They consist of the Western and Eastern towers. Each of them has 28 floors, united by a three-level platform. The height of the buildings reaches 106 m, which at that time was the maximum height for buildings in Ukraine. For its high quality of construction works, in 2003 the “Towers” residential complex won the All-Ukrainian competition for the best buildings and facilities.

The peculiarity of the complex is that the main entrance is projected from the second floor and begins with a spacious lobby, connected to a bar and a billiard room. There is a sports and recreation complex. Here you can spend your leisure without leaving your home. Towers are often depicted on postcards and magazines as the main highlight of the city. Apartments here are ones of the most expensive in Dnipro city.

The “Events and People” Polyptych is a series of bas-reliefs, opened in 2012 in honor of the 80th anniversary of Dnipropetrovs’ka (Kozatska) square. The multi-element composition that occupies the central part of the area, consists of eight concrete stelae where 42 sculptural images are located. 27 of them are memorial boards depicting the iconic historical events of the city and the region, and another 15 are bas-reliefs of outstanding personalities who have glorified the region all over Ukraine and the world.

In the gallery you can see famous countrymen – Mykhailo Yangel, Ivan Sirko, Dmytro Yavornytsky, Alexander Paul, Ivan Synelnikov, Andrei Fabre, Alexander Makarov, Oles Honchar, Vasil Margelov and others. The Kozatska Square (previously known as the 80th anniversary of the Dnipropetrovsk region Square) starts with the Starokazatska the street and ends with a fountain and a staircase leading to the Globa park.

Kurgan is a burial mound on the outskirts of Dnipro (the former village of Chapli). The Chaplin kurgan is an ancient Slavonic burial mound, discovered by archaeologists in 1950. The burials date back to the Mesolithic, Neolithic and Copper Ages. In addition to the remains, diadems, ornaments of copper, belts made of shells, as well as mother-of-pearl circles from river mollusks with a hole were found in the mound, which, according to scientists, served as monetary units.

In total, 26 burials were investigated. This place is considered to be the highest point on the left bank of the Dnieper (height above sea level – 170 m). On the mound, there is a geodesic triangular sign. The village has a necropolis, interesting with its burials (XIX-XX centuries). Here you can find one of the oldest graves that survived on the territory of Dnipro (1822).