Theaters in Podil of Kiev 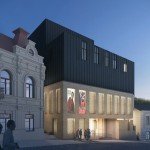 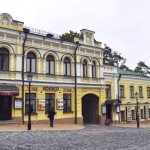 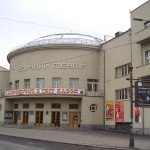 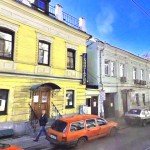 – Kyiv Academic Drama Theatre at Podil – was built in the 1980s and is located in the centre of the capital, on the Andriivsky Descent. The artistic director for many years is the famous Ukrainian theatrical producer V.Malakhov. For outstanding achievements in 2006, the theatre was given the status of an academic theatre. After the reconstruction of the building, the theatre today is one of the most modern in Ukraine. For example, it is equipped with a system that allows in online mode to make holographic broadcasts of events from anywhere in the world. The theatre at Podil has a long time ago become a favourite among the citizens, and the most popular performance is “Levushka”, which received the highest award and was recognized as the “Good Performance 2012”. The theatre troop pleases its creativity not only with Ukrainian audience. Touring the world, theatre performances could be seen in the US, Greece, Egypt, Costa Rica and other countries.
Address: Andriivsky Descent, 20-b
Contacts: +38(044)332-22-17, +38(044)425-54-89

– Kyiv Academic Drama Theatre “KOLESO” – was opened since 1988 and is located in a historical building on the Andriivsky Descent. Since 2008, the theatre has been given the status of an academic theater. The repertoire of the chamber theatre includes performances of classical and modern works of various genres – drama, comedy, farce, avant-garde, etc. The theatre has three stages – the main stage, the fireplace hall and the art cafe. In each of them, only a few dozen places. It is here that the spectator can fully immerse himself in what is happening, because the scenes are located close to the audience and the actors play at arm’s length. And during performances in the art cafe you can be offered a glass of wine or a cup of coffee. Today “KOLESO” is an integral part of the cultural life of Kyiv, becoming popular among citizens and visitors of the capital. In its history, the theatre toured in many countries around the world.
Address: Andriivsky Descent, 8
Contacts: +38(044)425-04-22, +38(044)425-05-27

– Kyiv Municipal Academic Opera and Ballet Theater for Children and Youth – was founded in 1982 and is located in a historic building near Kontraktova Square. The theatre did not have its own premises for a long time, because the performances took place on various stages of the capital. Since 1998, the theatre has settled in the building of the former Slavutych Arts Centre, where it is located to this day. Today it is the only theatre of such a profile in Ukraine. In its repertoire there are opera and ballet, musicals, musical tales, vocal and symphonic programs. Since 2009, the unique theatre of modern choreography “KYIV MODERN-BALLET”, created in 2006 under the guidance of the well-known modern choreographer Radu Poklitaru belongs to the theatre troop. The theatre has 5 “Kyiv Pectoral” awards for the best performances of the year, successfully tours Europe, becoming a visiting card of Ukraine.
Address: Mezhyhirska str., 2
Contacts: +38(044)425-42-80

– Kyiv Theatre-studio “MIST” – is a youth interactive modern theatre (“MIST”), created by like-minded people in 2005, is located at Podil. The idea of the authoring theatre is to develop modern Ukrainian drama based on the latest searches of European theatres, experiments and creative ideas of young actors and directors. Here the spectator will see a “live” theatre, where the plays reveal modern problems with the language of the new generation. Due to that fact the theatre is focused on understanding and outlook of the youth audience. Performances are held in the cultural centre of the publishing house “SMOLOSCYP” (Eng. “Torch”) (Mezhyhirska Str., 21) and the Kyiv-Mohyla Theatre Centre “Pasika” (Eng. “Apiary”)(Ilyinska Str., 9).
Address: Mezhyhirska str., 21 (“SMOLOSCYP”). Ilyinska Str., 9 (“Pasika”).
Contacts: +38(044)419-85-39, +38(066)299-61-63