The Profitable houses in Kyiv 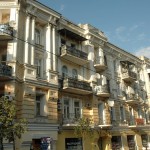 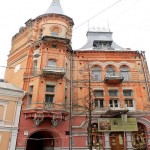 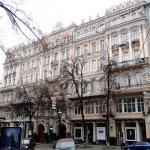 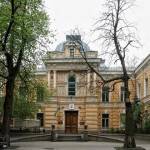 – Mikhailov’s profitable house  – is located at the corner of Volodymyrska Street, 40 and Yaroslaviv Val, 2. Since 1898 the estate belonged to the famous actor of the imperial theatres – the opera singer Mikhail Mikhailov (at birth – Moisei Silberstein). A lot is known about the creative work of a talented Jew. It was he who became the first to perform the part of Lensky in “Eugene Onegin” by Tchaikovsky, and also acted as a duet with the great Fyodor Shalyapin.

In Mikhailov’s profitable house there were the hospital of doctor Shnarbakhovsky, the Kyiv district congress of magistrates, the M. Stelmashenko male gymnasium , in which the children’s writer M. Nosov studied at one time. In addition, the great tenor owned an apartment house on the Yaroslaviv Val Str., 16 and a mansion on the Pushkinska Str., 8.

– Podgorsky’s Mansion – one of the most beautiful and romantic buildings in the Gothic style, located on the Yaroslaviv Val Str., 1. Built in the years 1896-1897 by request of the Polish landowner M. Podgorsky and served as a profitable house. The mansion is often called “Baron’s castle”, mistakenly considering that the owner of the house was baron M. Steingel, who lived next door in the house №3.

Since 1907 the estate was owned by the nobleman K. Yaroshynsky, and since 1915 – the famous Kyiv sugar producer and philanthropist Lev Brodsky. In 1918 the profitable house was bought by co-owners I. Dunaev and Haskel Gitelmacher. Prior to nationalization, the premises were rented by the café-confectionery “At the Golden Gate”, the “Unicat” cinema, the editorial office of the newspaper “ Nasha Mysl (Our Thought)”, the bakery of the First Jewish Consumer Society. The building is an architectural monument and is under state protection

– Lev Ginzburg’s House is a luxurious mansion with antique figures, built in 1900 – 1901 and preserved to this day (Gorodetsky Street, 9). The well-known Kyiv “King of contractors” L. Ginzburg decided to build on his own means a profitable house, which, apart from commercial purposes, also served as a visual advertisement for Ginzburg’s construction office.

The first two floors were occupied by shops, the upper floors were leased to wealthy lodgers. Profitable house on the Gorodetsky Str., 9 are often confused with the “Ginzburg’s skyscraper” – the first 12-storeyed building in Kyiv built by L. Ginzburg in 1910-1912 and completely destroyed in 1941. Today the hotel “Ukraine” stands on this site ( Instytutska Street,4).

– Lieberman’s mansion – is a house on Bankova Street, 2, called the Gingerbread house, was built in 1879 on the order of the former mayor of St. Petersburg, Fyodor Trepov. In 1896 it was redeemed by the sugar manufacturer Simha Lieberman, who rebuilt the house, making from it a rich bourgeois palace-mansion. Interestingly that in one of the rooms in the house, Lieberman asked to make a sliding ceiling, so that once a year during the Jewish holiday of Sukkot he can pray in the open air according to the Jewish canons.

In Soviet times, the original ceiling was sealed. After 1917 here were located various military headquarters, the Soviet People’s Commissariat of the republic, the city house of propaganda and agitation named after I. Stalin. Nowadays, the National Union of Writers of Ukraine is located in Lieberman’s house.