The Jewish patronage in Kyiv 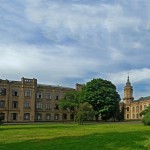 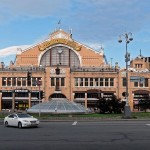 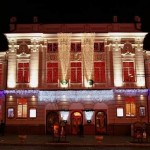 – National Technical University of Ukraine “Kyiv Polytechnic Institute” (NTUU “KPI”) is one of the largest universities in Ukraine, founded in 1898. The creation of the polytechnic institute was attended by patrons and politicians, scientists and industrialists. Significant contributions were made by such outstanding personalities as Minister of Finance S. Witte, Maecenas M. Tereshchenko and sugar-maker L. Brodsky. Thanks to Lazar Brodsky, the issues of building a university and ensuring work in the first academic years were resolved. Also, the committee for the establishment of KPI included the owner of a brick factory, Yakov Berner. According to some sources, he chose the place to build the institute. And the construction firm of another famous Kyivite Jew, Lev Ginzburg, built the first five corps of the KPI. Today it is the largest university in Ukraine, which in 1995 received the status of the National Technical University of Ukraine. The main building of NTUU “KPI” is located in the park at the address: Victory Avenue, 37.

– The Bessarabska market – opened since 1912 on the Bessarabska Square in the centre of Kyiv. The market was built according to the project of architect Genrikh Gai with the help of a famous Kyivite Jew – patron and sugar-maker Lazar Brodsky. It was the first in the capital covered market and the main object of the square. A special feature of the construction is steel structures with lanterns supporting the roof, the facade of the building is decorated with stucco and clock. The Bessarabska market has been fully preserved to the present day and is considered the most expensive point of sale in Kyiv.

– The Operetta Theater – the former People’s Troitsky House, also known as the “House of Public Education”, is located on V.Vasylkivska, 53\3 of 1902’s construction. The name is associated with the Trinity Church, which stood on the corner of Zhilyanska and Velyka Vasylkivska (it has not survived to this day). It was created by the local Literacy Society – for the cultural leisure of Kyivans and to introduce them to the theater. The house was designed by the engineer G.Antonovsky for free. Significant funding for the construction was made by famous patrons Lazar Brodsky and Nikolay Tereshchenko, and the construction work was carried out by the then-known construction company “King of Kiev contractors” Lev Ginzburg. In 1907-1918 the first stationary Ukrainian musical and drama theater was opened under the supervision of the great actor and director N.Sadovskiy. Since 1967 and to this day it is called the Kyiv National Academic Theater of Operetta. The building is an object of cultural heritage.