The Jewish medical institutions in Kyiv 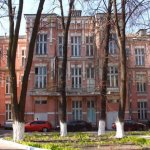 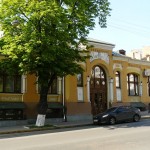 – The regional hospital – is a former Kyiv Jewish hospital, built on donations. The main sponsor was the Jewish family Brodsky. In 1861, Alexander II gave permission to “establish a hospital in Kyiv for poor Jews.” In 1862, the opening of the hospital, which was first located in rented premises at Podil in the tract Honchari-Kozhumyaky. In 1883, the sugar producer and philanthropist Israel Brodsky donated 150 thousand rubles for the purchase of land and the construction of hospital corps. In 1885 an administrative building was opened and four corps of the hospital on the Baggovutivska Str., 1. Later the sons of Brodsky acted as patrons, on the funds of which new buildings appeared on the territory of the hospital. Other representatives of the Jewish community also participated in the financing of the construction.

– Former children’s dispensary – built in 1898 on the Bulvarno-Kudryavska Str., 20 on the initiative of the Society for the Care of Sick Children, headed by Sofia Likhareva (the spouse of the manager of the Kyiv specific property), on the funds of a well-known Kyiv Jew, an entrepreneur and patron of Lev Brodsky. Today the building houses the Presidium of the Academy of Arts of Ukraine.