Places of power in Kiev 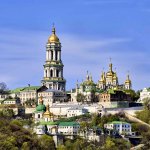 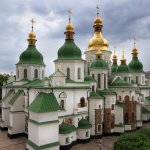 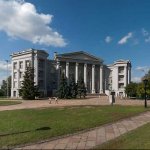 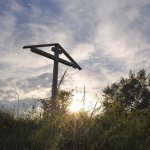 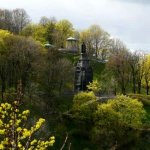 The Kiev-Pechersk Lavra – was founded in 1051 by St. Anthony, the Monk, settling in the caves of the future Pechersk Monastery. It is from the caves that the monastery takes its name. At the request of St. Antony, Izyaslav, the Prince gave the monastery the territory, which includes the whole mountain above the caves. In 1062 the monastery was called Pechersk. the territory of the monastery has begun to be built since the end of the XIth century. It was in the walls of the Caves Monastery in 1113 that Nestor the Chronicler wrote “The Tale of Bygone Years” – the main source of modern knowledge about Kievan Rus.

The monastery received the status of the monastery in 1688. The Lavra is an honorary title, which was given only to large and significant monasteries. The Kiev-Pechersk Monastery becomes a spiritual and cultural-enlightenment centre. The territory of the monastery includes Near and Far Caves. Today there are museums, unique shrines on the territory of Lavra, as well as there the relics of saints in the caves.

The St. Sophia’s Cathedral – the greatest architectural structure, built by Yaroslav the Wise the Grand Prince in 1037. It preserved until now not only the richness of ancient architecture, but also the picturesque decoration of the 11th century, mainly mosaics and frescoes. Religious and state ideas of that time were embodied in the artistic image of Sophia of Kiev. The ensemble of mosaics is decorated with the main altar of the St. Sofia’s Temple. Entering the Cathedral, the glance is captured by the majestic figure of the praying Virgin of Oranta (Divine Wisdom), located in the vault of the altar.

Frescoes of St. Sophia’s Cathedral are an interesting source of information about the life of the prince’s court and that way of life. They are the only preserved collection of paintings from the period of Kievan Rus. There are graffiti, i.e. ancient Russian inscriptions, which are the most important document of the dating of murals, on the walls of the cathedral. The territory of Sophia of Kyiv is considered to be a place of power with positive energy. The place, enchanted by our ancestors, is shrouded in grace and sanctity. After visiting it, you feel the surge of strength and vigor.

Starokyivska Mountain – is one of the central Kiev hills, located in the Upper City area. According to legend, Kiev’s life bagan in these places. Kyi the Prince founded his city, a memorable sign, a stone with the inscribed words “From here there is a Rus land”, reminds about it. Presumably, there was a “castle of Kyi” in 5th-9thc. in the north-western part of the modern Starokyivska Mountain. The parts of the walls of the prince’s Detynets and the foundation of the first stone church in Russia, laid down by Volodymyr the Prince – the Tithe Church (989–996), were partially preserved on the Starokyivska Mountain.

In the pre-Christian period it was the site of the pagan temple, where sacrifices to idols were made. The territory of Dytynets being a starting point for Kyiv is a place of power. Spiritualists argue that the energy here is very strong. Walking along the Starokyievo hill, you can find an answer to your questions. The place encourages for thoughts and spiritual search. Very often, various religious communities come here to read mantras and recharge their energy.

The Bald Mountain – is a historical place, named because of its meager vegetation. This place is considered to be mystical. The pagan rituals were held here, as well as the ancient Magi made the first underground passages on Bald Mountain even in the times of Kievan Rus. Later the territory passed to the Pechersky Monastery. The construction of the Lysogorsky Fort of the New Caves Fortress has been started here since 1872. There was a military underground plant on Bald Mountain in the 1930s. There was the base of tanks “Tiger” during the German occupation in the dungeons.

There are many legends and all kinds of stories about the Bald Mountain. For example, they say that’s where the portal into the other world opens up. In the 1990s, there were rumors that the Dalai Lama sent Buddhist monks here to pray for the end of the confrontations between Tibet and China. Scientists also say that the area of the Bald Mountain is one of the most powerful geo-pathogenic zones in Kyiv, which leads to various abnormal phenomena. Today, the place of power still attracts neo-pagan groups of ridnoviry, mentalists, scientists and curious tourists.

St. Volodymyr Hill – is a magnificent place with a view of the Dnieper, where the baptism of Rus took place. The mountain was in the economic possession of the Mikhailovsky Monastery (1108), and it was occupied by wooden structures and vineyards. This area was significantly emptied and the mountain beyond the monastery began to be used as a cemetery after the attack of the Tatar-Mongolian troops in Kiev. In the 1830–1840’s its slopes began to strengthen and divided the park. A monument to St. Vladimir the Baptist was placed at the top of the hill in 1853. However, before the christening of the Kievan Rus, on the mountain there stood the idol of the supreme pagan deity, Perun. People used to come here to conduct rituals.

According to the legend, Prince Volodymyr of Kyiv overthrew the supreme idol of Perun by ordering to throw him into the river. People ran after Perun along the river, shouting “Vydubay, my God!”. The idol was thrown to the river bank by the current. The place has since been called “Vydubychi”. From the pre-Christian times the Volodymyr Hill was considered to be a place of power. They say that’s the place where the energy channel connects the Earth with the cosmos. Power of the Volodymyr Hill is positive.