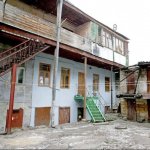 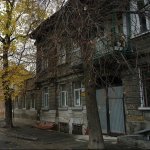 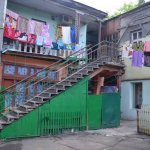 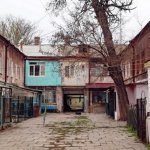 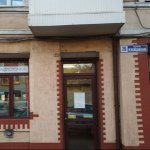 Mishka Yaponchik’s patio – the house where the famous king of Odessa thugs (Moishe the Vinnitskiy, nicknamed Mishka Yaponchik) lived (B. Khmelnitsky st., 23). The future leader of smuggling raiders was born in Moldavanka into a poor Jewish family. He didn’t want to take over the craft of his father and dreamed of conquering the whole of Odessa. Mishka Yaponchik was really an extraordinary person. Songs and books were written about him, and movies were filmed. Utyosov and Coralli wrote about him in their memoirs. Yaponchik became the prototype of the Beni Creek character in the “Odessa Stories” by Babel. In 2011, the television series “The Life and Adventures of Mishka Yaponchik” saw the world. Until now, Odessans remember the legendary Mishka, who left a mark in the history of the city. The “Gangster Odessa” Excursion will be an exciting adventure to places of criminal authorities.

Sonya the Golden Hand House – located in building number 12 on Voznesensky Lane (Moldavanka), where according to the legends Sofia Bluvshteyn lived. She was a famous thief and an adventurer from the end of the 19th century, nicknamed Sonya the Golden Hand. Having received the fame of a talented fraudster, Sonka hunted not only in Odessa, but throughout Europe. Legends have and novels have been written about her criminal talent, as well as films movies have been filmed. Thus, in 2007 the eponymous series about the life of a swindler, the Queen of the Thieves’ World, was released.

The Gotsman House – a courtyard on Moldavanka, where they were shooting the popular “Liquidation” movie (st. Kolontaevskaya, 21). According to the script, the main character of the television series David Gotsman and his neighbors Emmanuel Gershevich and Madame Shmuklis lived here. After the release of the film, this courtyard, filled with real Odessa flavor, became one of the attractions of the city.