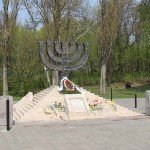 The Museum of the History of Babyn Yar 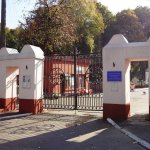 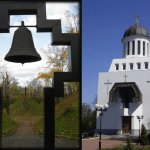 Memorial complex “In memory of the victims of Chernobyl” 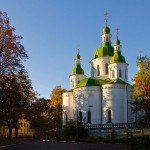 – The national historical and memorial reserve “Babyi Yar” – a world-famous place for mass shootings of the population, mostly Jews, conducted by German troops during the occupation of Kiev. Firstly Babyi Yar was mentioned in 1401, when the landlady of local inn sold these lands to Dominican monastery. In the 15th-18th centuries there were such names as “Shalena Baba” and “Bisova Baba”. In 1870 some part of Babyi Yar became Lukyanovka cemetery, which is a protected area nowadays. In 1891-1894 a new Jewish cemetery was founded next to Babyi Yar. In 1937 it was closed, and during the Second World War it was destroyed. During the fascist occupation, Babiy Yar was used to carry out mass shootings. According to various sources, more than 100,000 people were shot there. Today it is a national historical and memorial reserve.
Address: “Dorohozhychi” metro station
Contacts: –
Work time: Mon – Sun (open area).

– The Museum of the History of Babyn Yar – a museum at the National Historic and Memorial Reserve “Babyn Yar”. Created on the initiative of the Jewish Fund of Ukraine, Genesis Philanthropy Group, Yad Vashem Foundation and is dedicated to the history, contemporaneity and future of the “Babyn Yar” tract in Kyiv. The museum is conceived as a virtual space – in the halls there are textual, photo and video materials of different period of time of the Babyn Yar. Today the museum is in the development of the concept – it is planned to attract historians, scientists of Ukraine, Israel and the United States. But the museum doors are already open, the entrance is free. It is located in the premises of the former office of the Lukyanivka Jewish cemetery.
Address: Yuriy Ilienko str., 44.
Contacts: –
Work time: on reconstruction.

– Memorial reserve “Lukyanivska cemetery” – was opened in 1872. Lukyanovka cemetery is one of the oldest necropoleis in Kiev. In the beginning there were buried the mad people from Kirillovskaya mental hospital. Later, Lukyanovka cemetery received the status of central cemetery, after which Kiev elite was buried here. Among them were academician N.D. Strazhesko, mathematician D.A. Grave, second president of the Academy of Sciences of the USSR N.P. Vasilenko and pilot P. Nesterov. The history of Lukyanovka military cemetery and destroyed Jewish cemetery, next to which was the necropolis of the Karaites, is connected with this necropolis. There is a functional Orthodox Church of St. Catherine and a museum room in the cemetery. More than two thousand graves and tombstones of the cemetery are included in the list of monuments of Kiev. Nowadays it is state historical and memorial reserve “Lukyanovka Cemetery”, where there are daily excursions.
Address: Dorohozhytska str., 7
Contacts: +38(044)440-13-22
Work time: Mon – Thu from 09:00 to 17:30, Fri – Sun from 09:00 to 16:30.

– The Museum “St. Cyril’s Monastery” – the second church after St. Sophia’s Cathedral, preserved from the times of Ancient Rus in its original form. It is a unique monument of architecture and monumental painting. The church was founded by the prince of Chernigov Vsevolod Olgovich in the first part of the 12th century and was the ancestral family vault of the Olgovichi. The church is named after St. Cyril, the patron of the prince. According to the origins the first burial place (of Vsevolod’s wife) dates back to 1179. In 1194 the prince of Kiev Svyatoslav Vsevolodovich was buried here. Frescoes of the 12th century, paintings of the 17th century and oil frescoes of the 19th century still exist in this church. During the restoration in the 17th-18th centuries the church acquired the features of Ukrainian Baroque. Nearly 800 square meters of Old Russian frescoes, which have no analogues in any of the monuments of the Orthodox Christianity, have been preserved till this time. A special place among the oil paintings made during the restoration in the 19th century takes the works of the famous Russian artist Mikhail Vrubel, whose Mother of God is compared with the Sistine Madonna. There are a lot of excursions in the church every day.
Address: Oleny Telihy str., 12
Contacts: +38(044)463-62-00, +38(044)468-11-26
Work time: Mon – Sun from 10:00 to 18:00, Thu from 10:00 to 17:30.