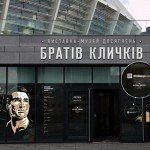 Museum-exhibition of achievements of Klychko brothers 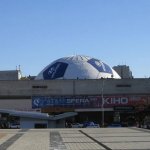 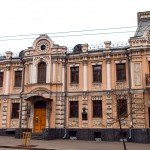 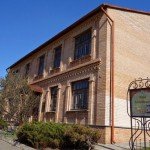 The House-Museum of Maria Zankovetska

– Museum-exhibition of achievements of Klychko brothers – a unique museum dedicated to the achievements of the legends of the world professional boxing Vitali and Volodymyr Klychko. The mission of the project is to awake the desire of young people to lead a healthy lifestyle, strengthening the national spirit. The museum presents the exclusive belts-trophies of Klychko champions, as well as boxing gloves and dressing gowns, in which the brothers went to the boxing rings. A feature of the exhibition is a multi-media show created by German specialists. The film, broadcasting on interactive screens, was made by the famous Ukrainian director Serhiy Dolbilov, who shot more than 20 films about the Klychko brothers. On the excursion you can experience the atmosphere of the sport spirit, experience the bright moments of the champions’ career, and learn how faith in oneself and hard work turn dreams into reality. Also you can try on boxing gloves and a dressing gown, box punch bag, and make memorable photos. There is a souvenir shop at the museum.
Address: Velyka Vasylkivska str., 55
Contacts: +38(099)102-44-48, +38(097)225-59-86
Work time: Wed – Sun from 10:00 to 18:00, Mon, Tue – the days off.

– Kyiv Planetarium – was founded in 1952 on the initiative of the famous astronomer Serhiy Vsekhsvyatsky. Initially it was opened in the Cathedral of St. Alexander (Kostelna Street). In 1988, the planetarium moved to a specially built building on the V. Vasylkivska Street. The capacity of the new premises amounts more than 300 people. The projector “Big Zeiss IV” was installed, which makes it possible to demonstrate 6,5 thousand stars of the Northern and Southern hemispheres. Today the planetarium occupies the second place in Europe in the size of the dome (diameter 23 m, height – 11.5 m). In the program you can listen to video lectures about the expanses of the Universe, watch such phenomena as meteor shower, movement of comets, change of phases of the Moon, eclipses and auroras. In 2016, the digital projection system Front Pictures X12 was installed, which allows to display modern films of the 360 format with the 3D effect.
Address: Velyka Vasylkivska str., 57/3
Contacts: +38(044)338-19-91, +38(067)338-19-91
Work time: Mon – Sun from 10:00 to 22:00.

– Sholom Aleichem Museum – opened in 2009 on the V.Vasylkivska Street, 5 and is dedicated to the world-famous Jewish writer Sholom Aleichem. It was at this address that the writer lived in 1896 -1903. This was the time of his active creative activity. Here he wrote “Menachem Mendl”, “In a small world of small people”, as well as some novels from “Tevye the Milkman”. The exposition of the Sholom-Aleikhem Museum tells about his life and work. Here documents, manuscripts and photographs are collected. On screens installed in the halls are shown fragments from films and performances, which based on the writer’s works. Also in the museum you can see some items of traditional Jewish life and ritual objects, which gives presentation of the Jewish Kyiv of the turn of the XIX-XX centuries.
Address: Velyka Vasylkivska str., 5
Contacts: +38(044)235-17-34
Work time: Tue – Sun from 10:00 to 18:00, Mon – a day off.

– The House-Museum of Lesya Ukrainka – is located on Saksahanskoho street. The parents of the poetess lived in this house on the 1st floor in apartment number 3 in 1899-1910. Lesya often came to visit. The poetess herself temporary lived in the house on Saksahanskoho str., 101 as it is confirmed by a memorial plaque installed on the house. A lot of famous personalities of that time came to visit the poetess: M.Staritsky, N. Lysenko, M.Rylsky were among them.
Address: Saksahanskoho str., 97
Contacts: +38(044)289-16-51
Work time: Mon, Wed – Sun from 10:00 to 17:00, Tue – a day off.
Open Day: the first and the third Thursday of the month.

– The House-Museum of Maria Zankovetska – a small two-story house-museum, dedicated to the legendary Ukrainian actress of the XIX-XX centuries – Maria Zankovetska, whose deeds played a major role in the development and recognition of the Ukrainian National Theater. There was a house belonging to the family of the actress’ sister on the site of the musem. The house had several apartments, and Maria, who settled here in 1918, took up apartment number 4 and had lived there until 1934. In 1960 the museum of Maria Zankovetska was opened in the house, however the part of the house was still being residential. In the 1980s the house was demolished, and it was rebuilt in 1989. The exposition of the museum is based on the personal collection of the actress.
Address: Velyka Vasylkivska str., 121
Contacts: +38(044)529-57-32
Work time: Tue – Sun from 10:00 to 17:00, Mon – a day off.
Open Day: the last Saturday of the month.