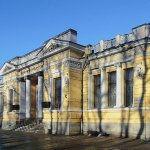 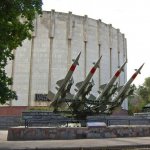 The diorama “Battle for the Dnieper” 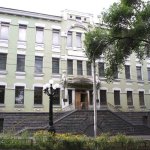 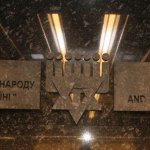 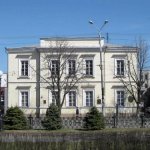 The “Literature of Dnipro region” Museum

The National Historical Museum named after D. Yavornytsky – is one of the largest and oldest museums in Ukraine. Founded in 1849 as the “Public Museum of Ekaterinoslav province” and was at that time the first museum in the province. Initially he was in the Potemkin Palace, which belonged to the noble provincial assembly. Later it was transferred to the building of the male gymnasium, where it was located before the beginning of the 20th century. The present building was built in 1905 and is an architectural monument. The first expositions of the museum were collected by the inhabitants of the city. The museum was especially enlarged, thanks to the private collection of A. Paul.

The development of the museum is closely connected with Academician Dmitry Yavornitsky, who was director of the museum since 1902. Over the 30 years of his leadership, the museum has become a real treasure trove of historical and natural resources. During the German occupation, the museum suffered great losses. Only in the 1970-1980s. the period of the revival of the museum is coming. Today, the museum’s funds number 250 thousand items. These are archeological monuments, relics of the Zaporozhye Cossacks, old printed editions of the 16th-17th centuries, porcelain, furniture, weapons and much more.

The largest in Ukraine collection of ancient stone sculptures (Stone women) is located at the walls of the Dnieper Historical Museum. Among them not only the simplest ones but also unique statues, which have no analogues in any European museum – Natalievska and Kernosovska statues. The collection features exhibits of the Eneolithic epoch (III millennium BC) and original Scythian statues (VI-IV centuries BC). Most of the collection is made up of the Polovtsian statues of the 12th-13th centuries (67 statues). The formation of the collection falls on the middle of the XIX century. A special contribution to its replenishment was made by academician Dmytro Yavornytsky after his archaeological expedition. Replenishment of the collection continues in our days. Recently, the museum received 10 new sculptures of different times and peoples.
Address: D. Yavornitsky Ave., 16
Contacts: +38(0562)46-34-22, +38(0562)46-05-12
Work time: Tue – Sun from 10:00 to 16:30; Mon and the last Friday of the month – a day off.

The diorama “Battle for the Dnieper” – is a unique object, discovered in 1975 by the 30th Victory Day. It is a seamless fabric with an area of 840 m2. A wide viewing radius (230 °), a deep subject plan consisting of the remains of defensive structures, weapons and military attributes, special lighting and sound design create the effect of direct presence at the site of the storming of the Dnieper. This is the largest diorama in Ukraine and one of the largest in the world. Diorama occupies a separate building, next to which is a permanent exposition of military equipment from the Second World War.
Address: D. Yavornitsky Ave., 16
Contacts: +38(0562)46-34-22, +38(0562)46-05-12
Work time: Tue – Sun from 10:00 to 16:30; Mon and the last Friday of the month – a day off.

The Art Museum – was established in 1914 on the initiative of the members of the artistic commission of the Katerynoslavsky Scientific Society. The first exposition of the picture gallery was located in the Potemkin Palace, where 64 works of Russian and Ukrainian painters were collected. In 1920 – 1930’s, the fund of the museum was replenished with paintings from the collection by D. Yavornytsky, as well as from the colllections of the Tretyakov Gallery and the Hermitage. In 1936, the Honored Artist of the USSR I. Brodsky presented the Museum with more than 300 works, which are now the basis of the exposition. During the German occupation, the museum building and more than 1 thousand exhibits was destroyed. Only in 1947 the museum resumed its work. Today the collection of the Art Museum totals 8,5 thousand paintings, sculptures, graphics and objects of decorative and applied arts of the XVI-XXI centuries. Here you can see pictures of I. Shishkin, I. Levitan, K. Korovin, I. Repin. V. Makovsky, M. Pimonenko, O. Murashko, B. Grigoriev, etc. There are works of both modern artists and the artists of Petrykiv decorative painting. Exhibitions and master classes take place in the museum.
Address: Shevchenko str., 21
Contacts: +38(0562)47-33-38, +38(056)744-60-35
Work time: Wed – Sun from 10:00 to 17:30; Mon, Tue, the first Wednesday of the month – a day off.

The “Memory of the Jewish People and the Holocaust in Ukraine” Museum – is the world’s third largest memorial complex dedicated to the Holocaust. The museum is located on three floors of the complex “Menora” and consists of four main halls. The exposition area is 3 thousand m². A distinctive feature of the museum is that apart from the traditional showcases, the expositions also imply multimedia installations, holograms, video and audio recordings. There are also temporary exposition halls, an information center, a library and classrooms.
Address: Sholem Aleichem str., 4/26
Contacts: +38(050)452-21-63
Work time: Tue,Thu, Sun from 10:00 to 18:00; Mon, Wed, Fri, Sat – closed.

The “Literature of Dnipro region” Museum – is an architectural monument, erected in 1810-1812. The building in the style of classicism is one of the oldest in Dnipro. Initially, here was the Board of Trustees of the southern region colonists to streamline the resettlement to new lands. The colonists were given land, exempted from taxes for 10 years. Foreigners were allowed to come if they accepted Russian citizenship. The Committee was headed by General Inzov, who rendered great assistance to the settlers. Until now, the building is known as the House of Inzov. In 1820, during his stay in exile, the house was visited by A. Pushkin (a memorial board was erected on the building). Since the late 1830’s, the building has been housing a variety of educational institutions. In the Soviet era, the house was occupied by the factory, and later – by the construction vocational school, by the corporate association of the hotel industry, and then by the Dnipropetrovsk city administration. From 1998 until today it houses The “Literature of Dnipro region” Museum, where manuscripts of art works, books, documents, photographs and personal belongings of outstanding writers, folklorists and theater workers of the XVIII-XX centuries are collected.
Address: D. Yavornitsky Ave., 64
Contacts: +38(056)778-01-00
Work time: Tue – Sun from 10:00 to 16:30; Mon, Thu and the last Friday of the month – a day off.