We conduct tour to the Lychakiv Cemetery – one of the oldest necropolises in Europe. Today it is a national museum-reserve, where the family crypts of the Galician and Polish intelligentsia have been preserved, war memorials and monuments have been opened, famous Ukrainian figures of science, culture and art are buried. The uniqueness of the reserve is up to 500 sculptures and reliefs erected by famous local craftsmen. Lychakiv cemetery is one of the most visited sites by tourists. There is also an opportunity to conduct a mystical tour around the territory. The tour duration is 2-3 hours.

The Lychakiv necropolis has been open since 1786, where representatives of different nationalities and religions are buried. The oldest gravestone with an inscription in Armenian dates back to 1675. On the territory of the 42-hectare memorial, there are more than 300 thousand graves, including tombs and chapels of the local elite, which have left their trace in the history of the city. Notable personalities such as I. Franko, M. Shashkevych, S. Krushelnytska, V. Ivasiuk, E. Kulchytska and others are also buried here.

Lychakiv cemetery can rightfully be called an open-air museum. Sacred sculptures, lush tombs, family crypts with magnificent bas-reliefs and pompous monuments are truly works of art created by sculptors of past centuries. Particularly impressive is the tombstone of Regina Markovska, which is a life-size figure of a sleeping girl on a stone bed. It is worth saying that this burial gave rise to many legends, and the monument itself was nicknamed “the sleeping beauty”.

Today Lychakiv is one of the most visited historical places in Lviv. Each tourist can order a sightseeing tour or a thematic tour aroundaround the area. In addition, you can book an electric car tour or a night walk through the cemetery with elements of mysticism. 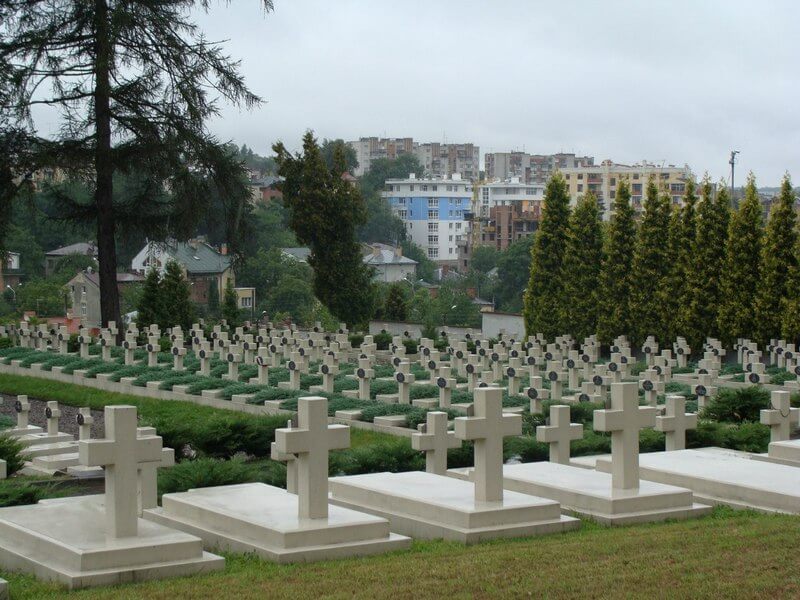 Memorials feature a number of war memorials erected on the territory of the Lychakiv cemetery. These include the graves of participants in the Polish uprising (1830-1831), memorials to the soldiers of the Ukrainian Galician Army and the Ukrainian Insurgent Army, the Hill of Glory, as well as the memorial Field of Mars, built in 1974, etc. 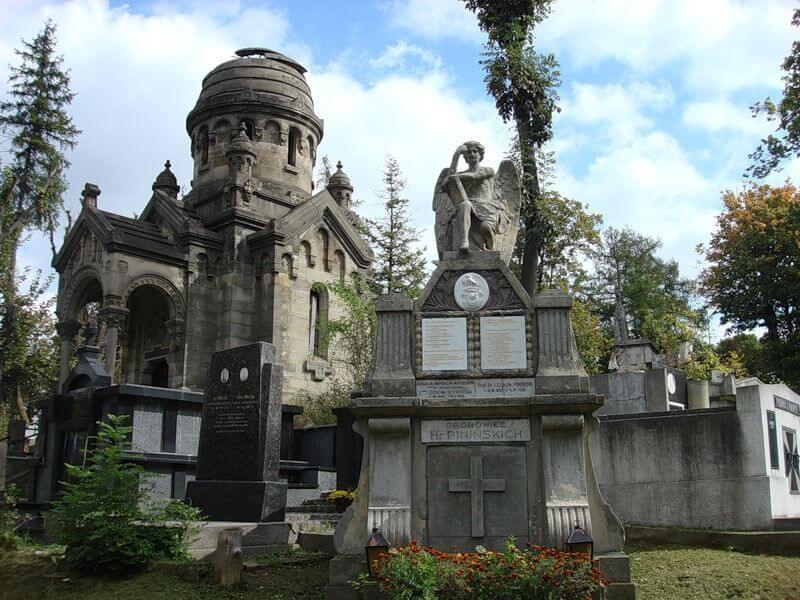 Chapels are the tombs built mainly for wealthy families. 24 chapels have survived, including family chapels of the families of Moledzinsky, Lodinsky, Bachevsky, etc. The oldest chapel dates back to 1812. You can also see chapels on the field where Polish participants in the battles for Lviv (1918-1919) are buried. 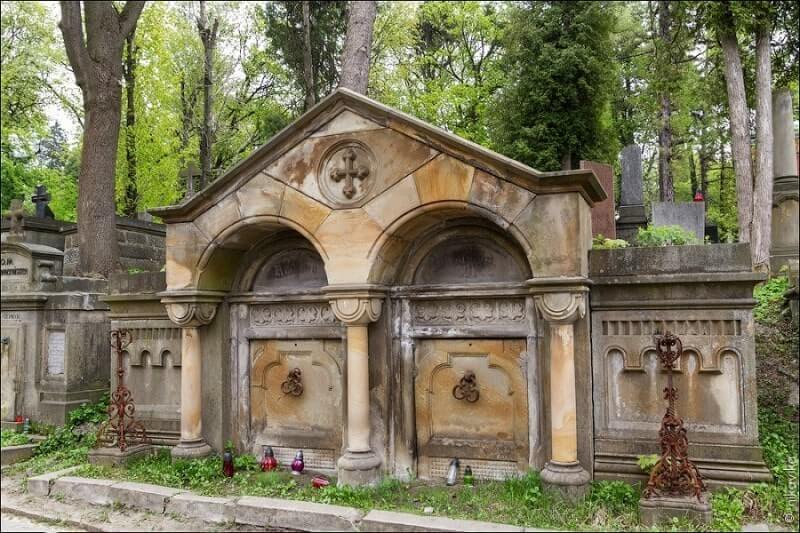 The tombs are the surviving ancestral tombs, mainly of noble families. 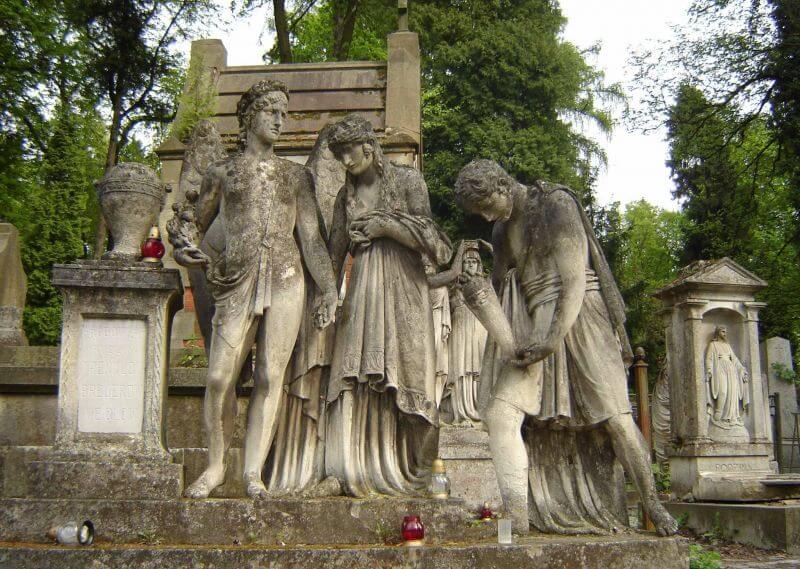 Sculptures include over 500 gravestones that have survived to this day. Among them, one can find majestic monuments with magnificent bas-reliefs and tombstones, many of which are considered to be real works of art. 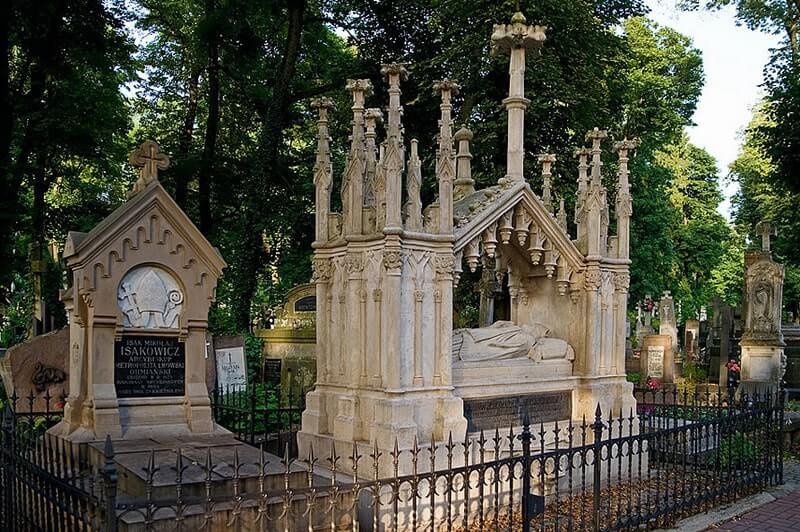 Crypts are the tombs preserved on the territory of the Lychakiv necropolis (more than 2 thousand). Among them you can find old family crypts of the Polish, Galician and German elite. 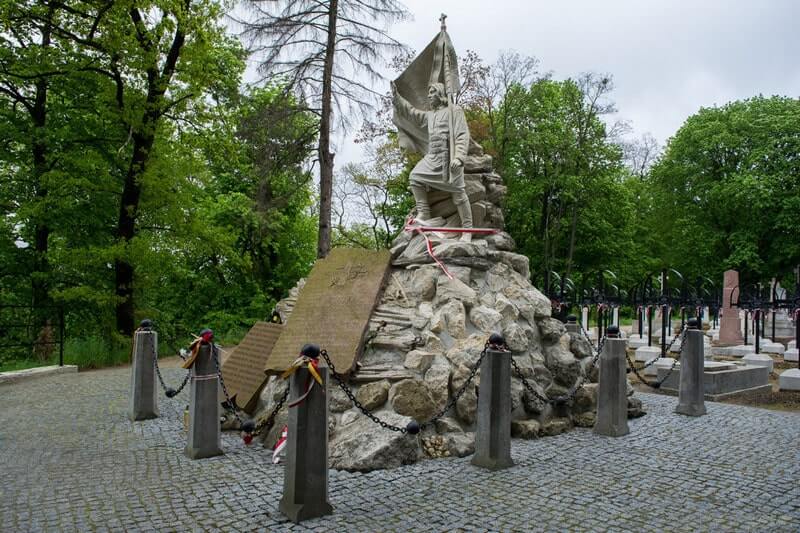 “Lviv Eaglets” is a memorial in honor of those who fell during the Polish-Ukrainian war (1918-1919). These were young Polish volunteers, including teenagers, who took part in the battles for the city with weapons in their hands. 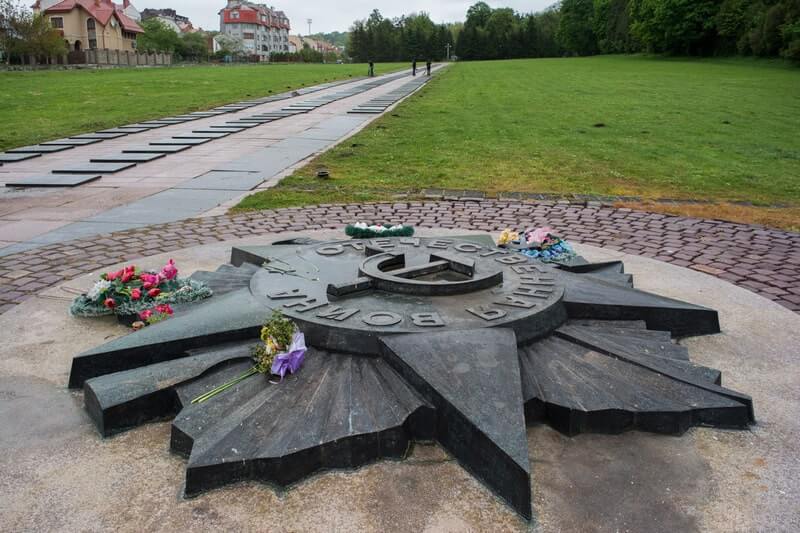 Field of Mars is a military memorial, erected in 1974. There are 3.8 thousand burials of Soviet soldiers who died in battles with the Nazi invaders until the mid-1950s – with units of the Ukrainian Insurgent Army. 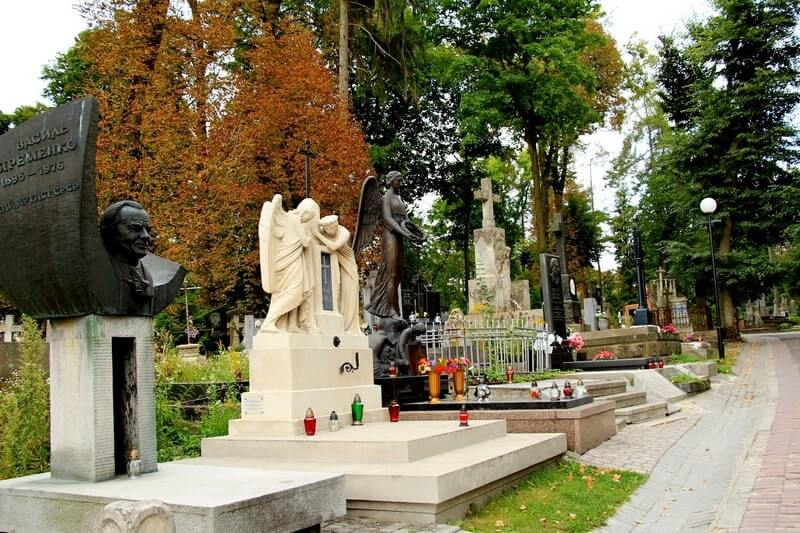 The Main Alley starts between the chapels of the Adamski family and the Bachevski family. It runs in an elongated oval through the entire cemetery. At the beginning of the alley there is the Ukrainian Memorial. Among the famous burials located along the alley, it is worth noting the monuments on the graves of I. Frank, M. Shashkevich and S. Krushelnitska.