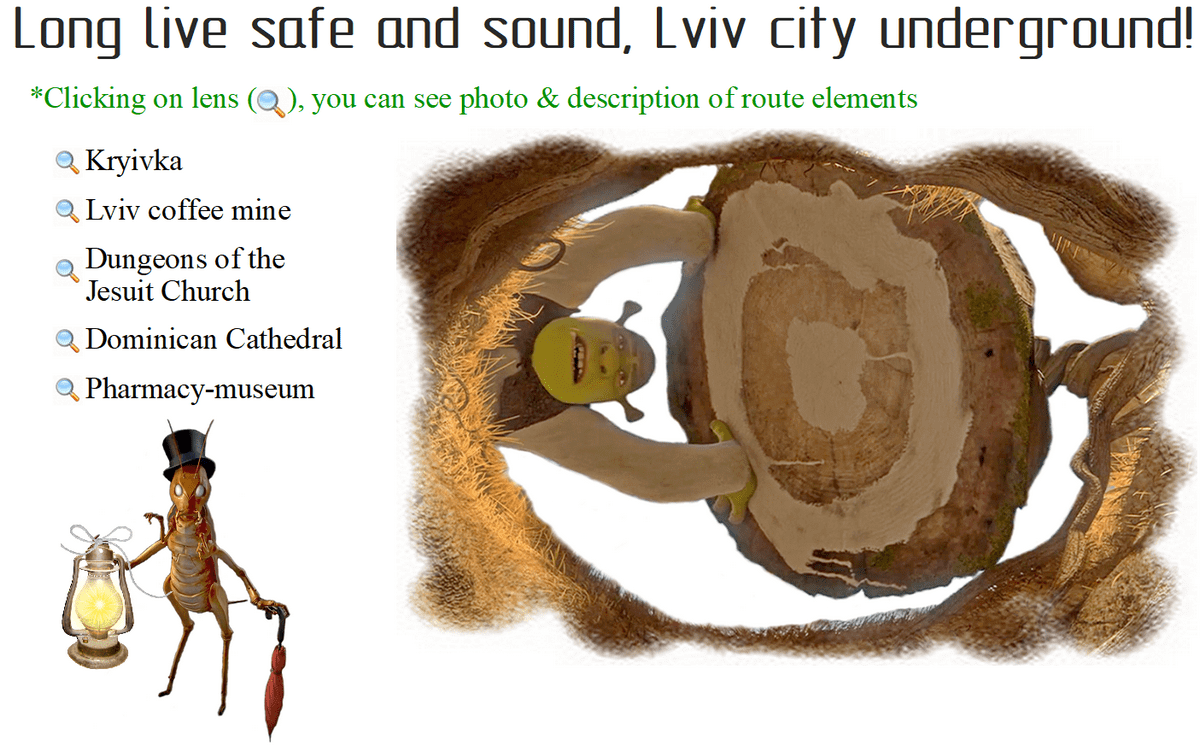 We invite you to exciting excursions in the Lviv underground. We will visit the basements of the old Pharmacy-Museum, Kopalna Coffee and the famous Kryivka. We will take a look at the Dominican monastery, within the walls of which the ghost of the Black Princess still wanders. You will hear the legend of the Jesuit treasures and other mysterious stories of the city associated with the labyrinths of underground Lviv. The tour duration is 2-3 hours. 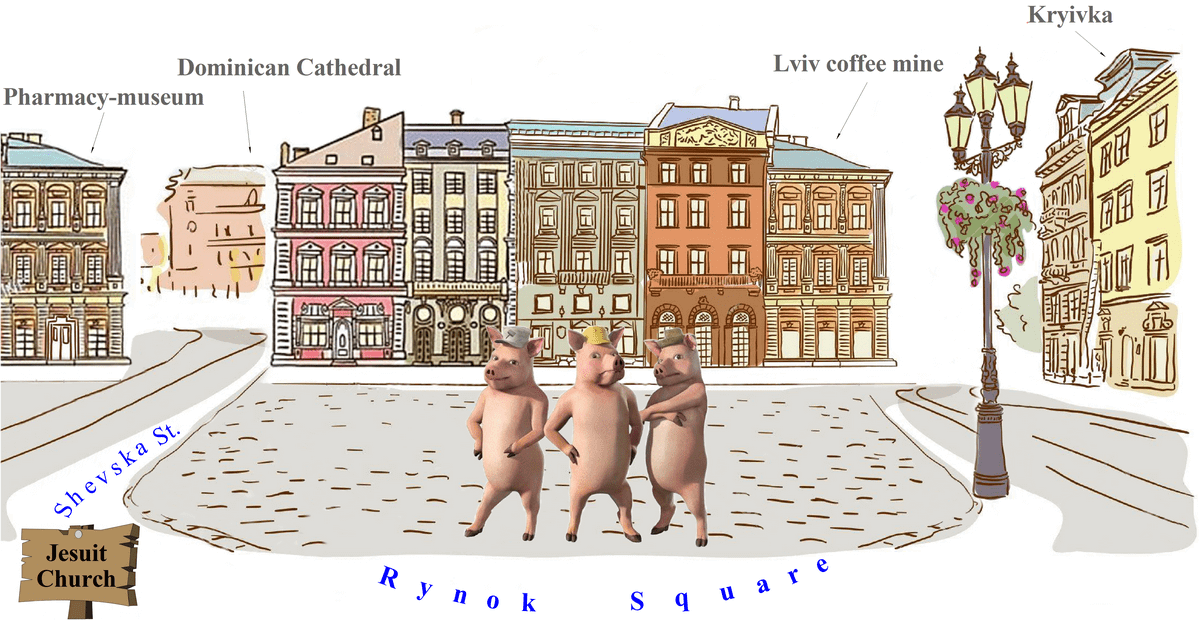 Lviv underground is a unique phenomenon that arose many centuries ago. These are fortifications and cells of monasteries, wineries and cellars, as well as storages, which were located almost under every stone structure. So, to this day, among all the oldest underground objects, the cells of the Dominican Church (XIII century), the labyrinths of the Bernardine monastery (XVII century) and the old cellars of the Pharmacy Museum (XVIII century) have been preserved.

Once underground passages were used by merchants for warehouses, in wartime – as a refuge for townspeople. Now many of them are filled up, and some are used as cafes and restaurants. For example, the Ravlyk art gallery is located in the basements of the garrison church of the Holy Apostles Peter and Paul (the Jesuit church).

Underground Lviv keeps many legends, myths and mysterious stories. By visiting the underground of the Jesuit Church, you will learn about the secrets that have been hidden for centuries under the paving stones of Lviv. One of them is the story of the ghost of the Black Monk living in the cathedral.

During our excursion, you will not only see the city hidden from the eyes of passers-by, but you will also be able to plunge into the atmosphere of medieval Lviv and feel the spirit of that time, as well as learn interesting facts that will take you away into the vicissitudes of historical events. 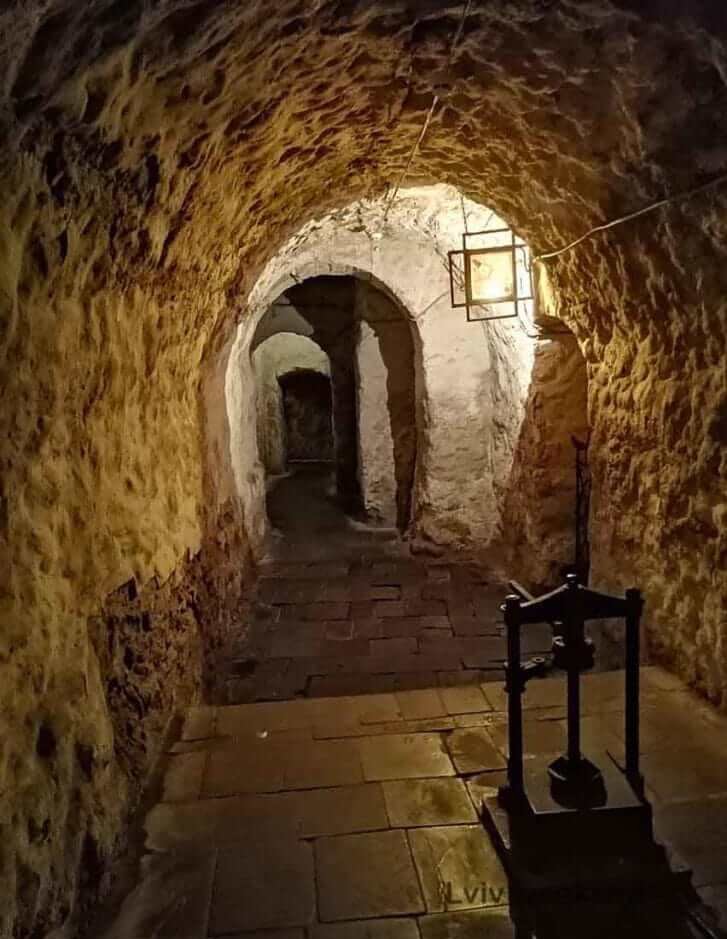 The pharmacy-museum is one of the oldest in Ukraine. In 1735, a Lviv military pharmacist opened his own pharmacy “Under the Black Eagle” here. Since 1966, a museum dedicated to the history of the pharmacy and medical practice has been established in the building. The building has old cellars, which display the interior of the 18th century. In the courtyard, you can see a reconstructed look of a bourgeois dwelling house (XVI-XVII centuries).

Dungeons of the Jesuit Church 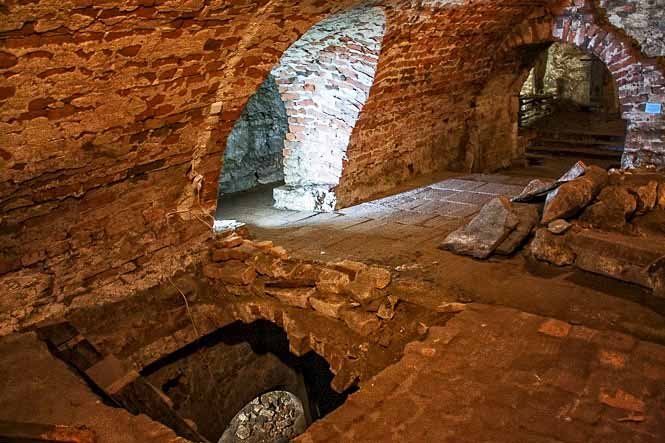 Dungeons of the Jesuit Church are the ancient dungeons of the garrison church of St. apostoles Peter and Paul (17th century). Here you can see the remains of buildings from the princely times (XIII century). On the arches, frescoes that decorated the elements of the structures (17th century), have been partially preserved. The floor is paved with bricks, the manufacturing technology of which was used in the XII-XV centuries. A unique find is a carved alabaster sarcophagus of the 18th century, intended for Archbishop N. Vyzhytskyi. One of the main mysteries of the dungeon is the tunnel, which stretches along the entire building. 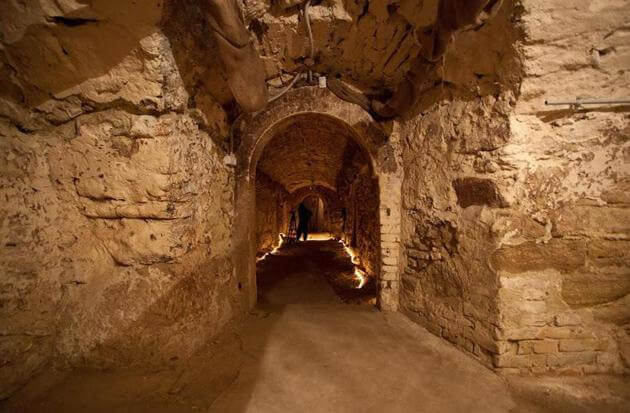 The Dominican Cathedral is a baroque building, an architectural monument of the 18th century. Under the building there are dungeons, which are one of the oldest in Lviv. Presumably these are the remains of the palace of Prince Leo, founded in 1270. Guided tours are held in the underground. 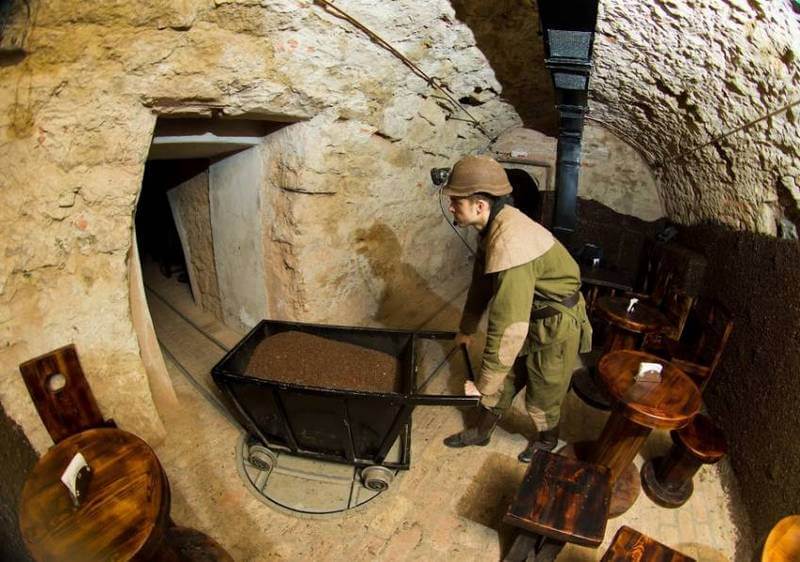 “Kopalnia of Coffee” is a Lviv coffee mine, located in a historic building – the Lubomyrskyi Palace. There are also cellars, where according to legend real Lviv coffee is obtained. Visitors with helmets and flashlights can go downstairs and watch the coffee-making process. 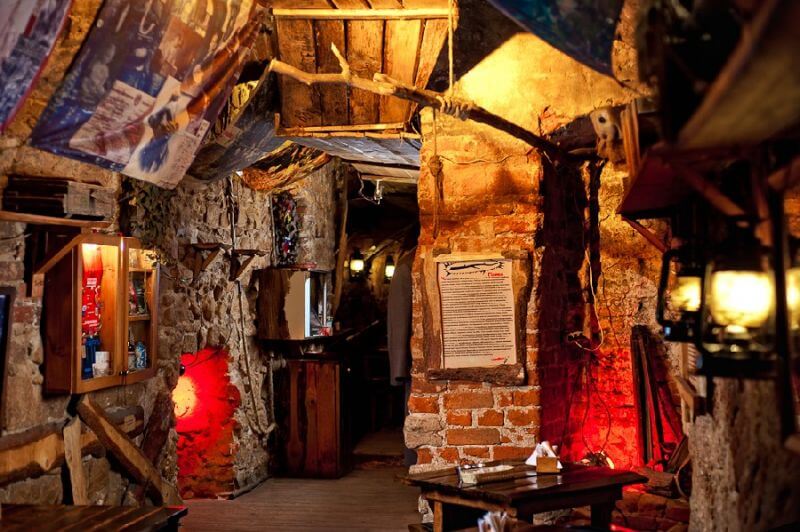 Kryivka is a legendary restaurant in Lviv. It is located in the very heart of the city. However, it is not easy to find, as it is located in one of the basements of the building. Here you can see machine guns, overcoats, as well as photos, posters and leaflets on the walls. There is military equipment in the courtyard too.