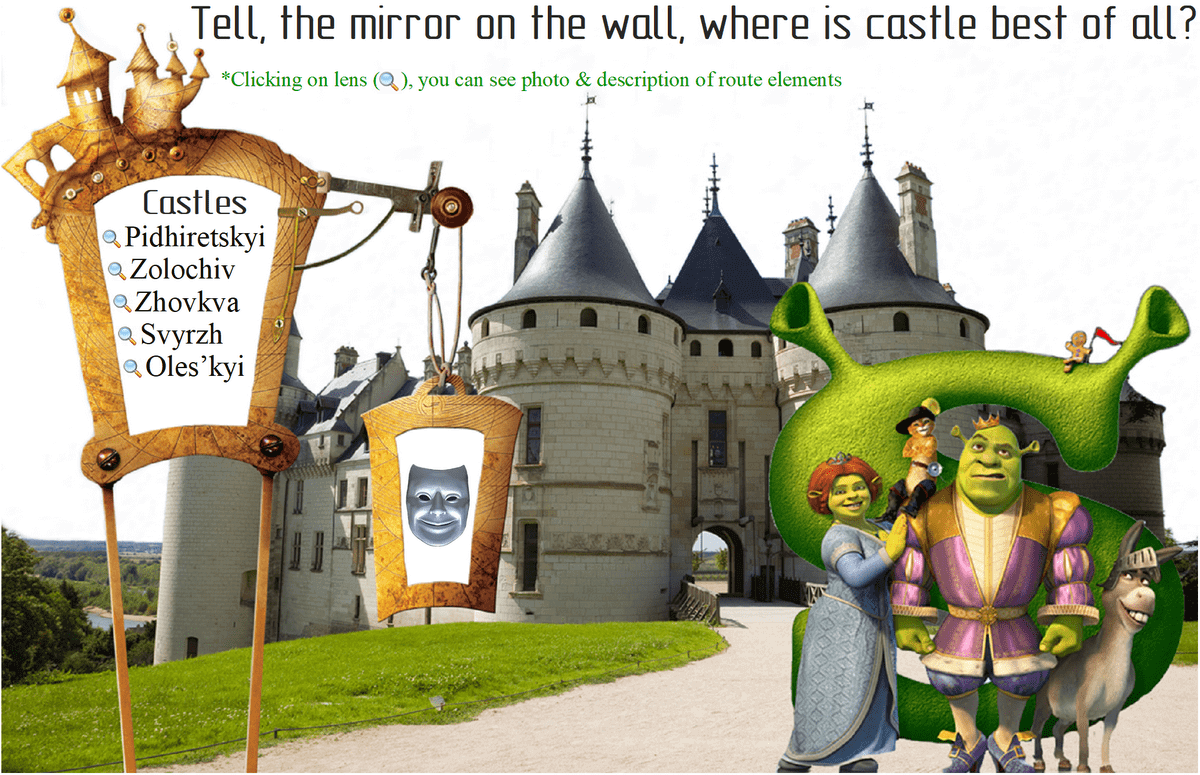 We invite you to a one-day tour around the castles of Lviv region. During the tour, you will visit three ancient castles, that make up a popular tourist route – the Golden Horseshoe of Lviv region. You will learn not only the history of the preserved buildings, but also plunge into the life of the Middle Ages, as well as the life of kings, counts and gentry. Additionally, you can visit the monastery-fortress (XIV century) in the village of Univ. This tour is conducted individually. 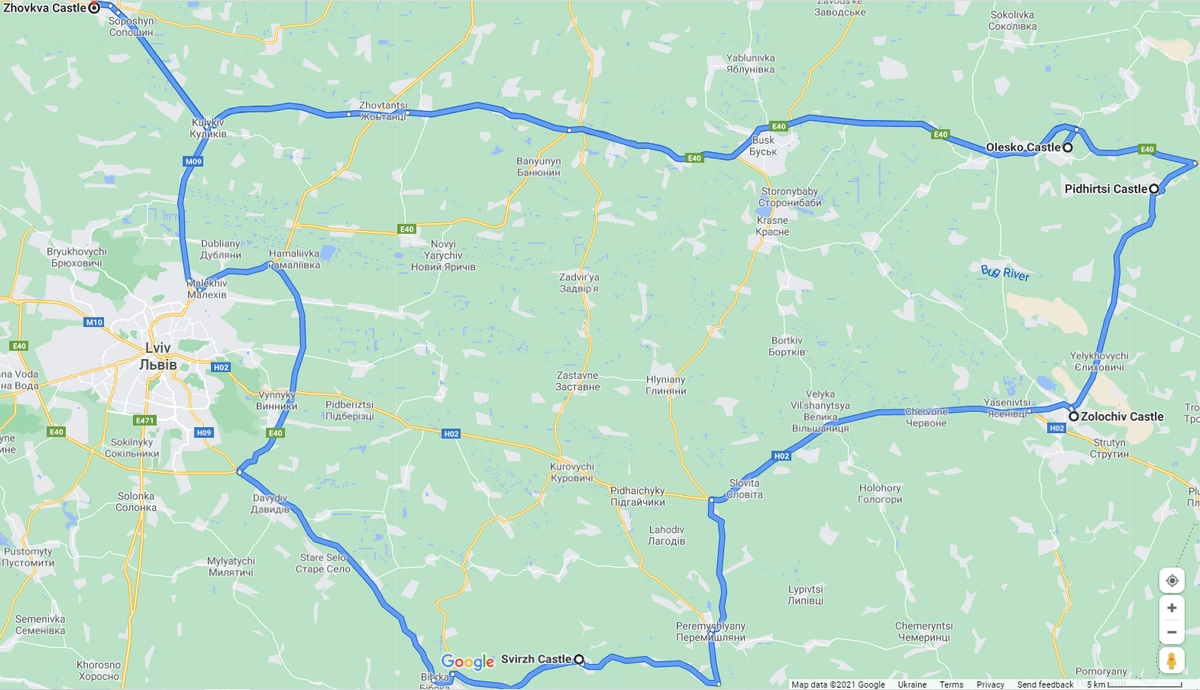 Traveling around the outskirts of the Lviv region means seeing the fortresses and palaces of the medieval period, ancient temples and monasteries, as well as luxurious palaces with picturesque parks that belonged to the Polish and Galician elite.

Once upon a time, castles served not only as dwellings, but also as fortifications. So, Zolochevsky castle was a powerful military fortress, defending against Turkish-Tatar attacks. Today it is a museum-reserve that includes architectural structures in the Renaissance style. The complex consists of the Great and Chinese palaces, a gate tower, defensive walls with bastions and a landscape park. The Museum of Oriental Cultures operates on the territory.

The most luxurious is the Pidhirtsi castle of the bastion type. In addition to the palace with spacious halls, the complex includes an inn, a church, and a park – a monument of gardening art. The halls of the palace house a gallery of Ukrainian art of the 10th-19th centuries.

Another surviving fortification ensemble is the Oles’kiy castle, which until the middle of the 15th century carried out a defensive function, and then served as the residence for magnate families. It was here that the future king of Poland, Jan III Sobieski, was born. The castle is surrounded by a park with ponds and sculptures. The architectural and landscape complex also includes the Capuchin monastery with the Church of St. Joseph.

It is worth mentioning the Svyrzh Castle, located on a hill above the Svyrzh River, which makes it one of the unique objects of defense construction. A stone watchtower was erected at its foot, while an old church served as the gate there. Above the entrance, the remains of the gentry coat of arms have been preserved.

As part of our tour, we suggest visiting these amazing, and sometimes, mysterious places, which served as a set for a dozen films. In addition to the excursion program, you will see the ceremonial halls of the nobility, stroll through the park alleys, admire the landscapes and take photos / videos with beautiful panoramic views.

Oles’kyi Castle is one of the oldest castles in Ukraine, an architectural monument of the 13th-18th centuries. The structure rises majestically on a plateau of a hill, with the Libertia River flowing around. Today it is a museum-reserve and belongs to the Lviv Gallery for museum purposes. The façades of the building represent the authenticity of the castle. The palace atmosphere of the interior has been partially preserved. Fragments of mosaics have been preserved in several rooms, as well as original furniture of the 17th-18th centuries. The castle is surrounded by a landscaped park, where you can see sculptures, water reservoirs and picturesque meadows. About 4 thousand trees and bushes have been planted in the park. 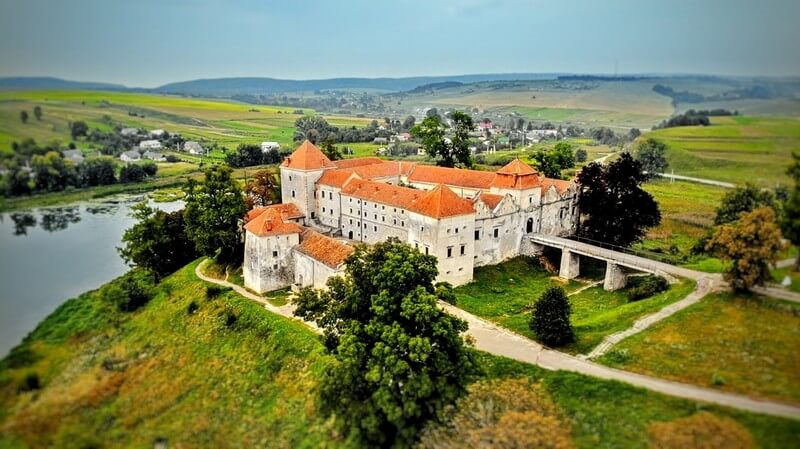 Svyrzhsky Castl was founded in the 15th century and carried out a purely defensive function. It acquired its modern look in the 17th century, when it passed into the possession of Count Zetner. Not only the outer walls of the building have survived to this day, but also the inner space, which is often used for filming. So, in 1978, episodes of the famous film “D Artagnan and the Three Musketeers” were filmed here. 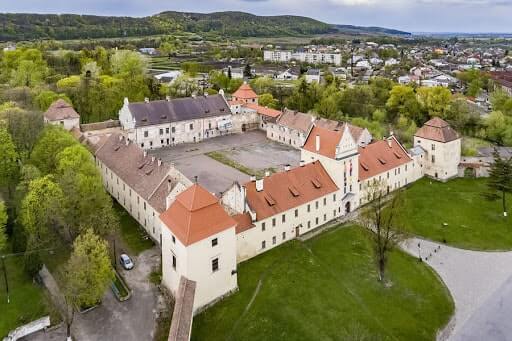 Zhovkivsky Castle is an architectural monument in the Renaissance style, built at the turn of the 16th-17th centuries as a defensive structure. It acquired its modern look in the 19th-20th centuries. In the late 17th century it served as a residence for the Polish king Jan III Sobieski. Currently, there is a museum on the territory. A courtyard and three halls are open for visiting. The restoration of the castle and the exhibitions’ expansion continue. 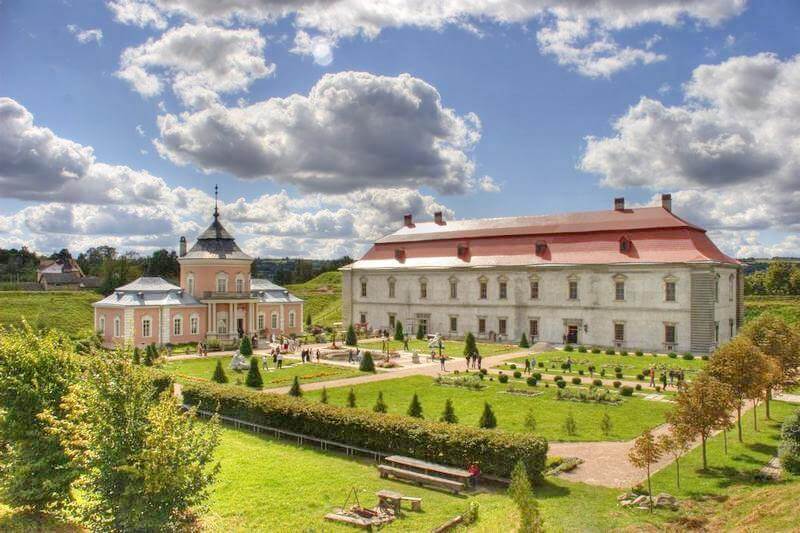 Zolochiv Castle was erected in the early XVII century as a fortification for Jakub Sobieski, father of the Polish king Jan III. The Museum-Reserve is included in the list of castles that make up the Golden Horseshoe of Lviv region. Throughout its history, the building served as a defensive fortress, a residence of the king, a gentry estate, and even a prison. The Chinese and the Great Palaces, as well as the gate tower, have survived to this day. 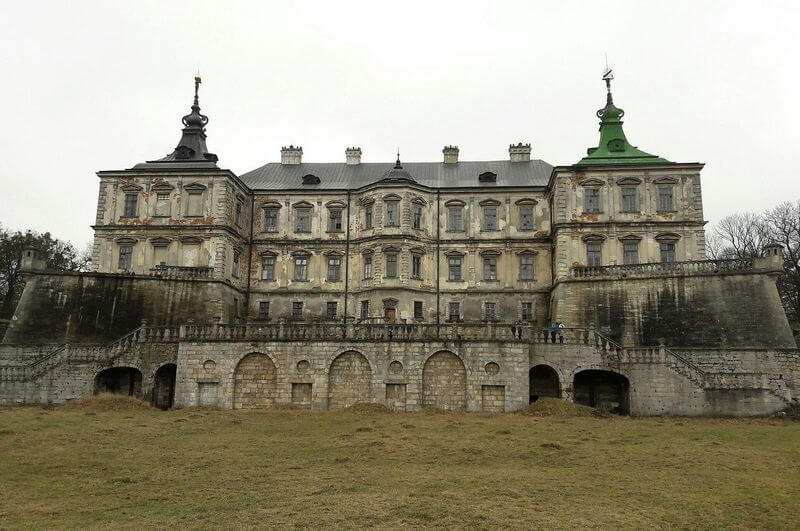 Pidhoretsky Castle is an architectural monument in the Baroque style, erected in the 17th century by order of the hetman Konetspolskyi. This is one of the best examples of combining a Renaissance palace with bastion fortifications in Europe. Today it houses an art exhibition. In the halls of the palace, there are copies of paintings dated with the 17th-18th centuries. Several halls are open to visitors – these are the Chinese Cabinet, the Golden hall, the Karmazin hall and the Knights Hall. The castle is surrounded by the so-called Italian park. The once luxurious park has long lost its original look.