Exhibitions out of Kiev 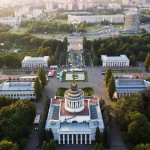 The National Complex “Expocenter of Ukraine” 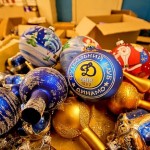 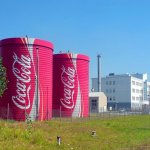 – The National Complex “Expocenter of Ukraine” – an international complex specialized in demonstrating the achievements of Ukraine in the field of industry and science. It was opened since 1958 as the Exhibition of Achievements of the National Economy, to this day called local residents – VDNH. Construction of VDNH began in 1952 and was built at the place of a small suburban farm (khutor) Red Inn. At one time, the exhibition was visited by such famous personalities as the Vietnamese leader Ho Chi Minh, the President of France De Gaulle, UN Secretary-General U Thant, the British Prime Minister Margaret Thatcher and others.

There are 17 pavilions on the territory of the complex. It is worth noting the central pavilion was made in the form of a rotunda with 18 columns, the top of the pavilion is decorated with a 25-meter spire. The height of the whole building is 65 m. The complex occupies more than 286 hectares. Today it is a modern cultural centre of all-Ukrainian scale. Every year there hold festivals “Winter Country” and “Gogolfest”. There is a greenhouse. Excursions are organized on the territory.

– The Factory of New Year’s tree toys – the oldest factory in the village of Klavdievo-Tarasovo, founded in 1948 on the basis of a manufactory for glass processing in medicine (42 km from Kyiv). It is one of three enterprises in the USSR for the production of New Year’s toys. Most technical processes are still being carried out manually.

In 2013 on the factory was opened the first in Ukraine Museum of Christmas toys from all over the world. Also here are presented private collections of toys of the USSR times. There is a unique collection “Santa Hermitage” – an exclusive series of reproductions of world artists on New Year’s balls. At the factory are held guided tours, master classes.

– Coca-Cola Plant – a plant from the world famous Coca-Cola company, opened in Ukraine since 1998, one of the largest in Europe (it has been receiving visitors since 2000).