Excursions around cemeteries in Kiev 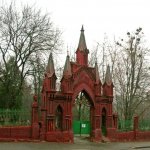 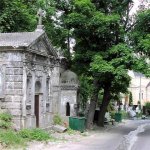 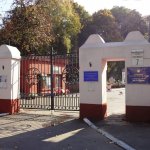 Baykove cemetery – is a memorial cemetery, one of the oldest and most prestigious citadels of the capital, located on Baykova mountain. It was founded in the 1830s on the initiative of General Baikov, a participant of the Russian-Turkish war – the owner of the farm behind the Lybid River. Eventually these lands got the name the Baikov’s farm. Later the Baikova mountain got its name from the farm, where the cemetery is located. Initially, only Catholics and Lutherans were buried there. Later it was allowed to bury the Orthodox.

The cemetery is divided into two parts – Old and New. In the years 1884-1889 church of the Ascension was built on its territory and the electric tram was launched for the convenience. It operated till 2005. There are crypts in the cemetery, built by famous architects such as V. Gorodetskiy, V.Nikolaev and are truly the monuments of architecture. The most famous people were buried here: historian M. Hrushevsky, poetess L.Ukrainka, actor L.Bykov, actor B.Stupka, medical scientist N.Amosov, coach V.Lobanovsky, scientist E.Paton and other outstanding personalities.

In 2001, the Baikove cemetery was officially recognized as an outstanding monument of the history of Ukraine, the significance of which is emphasized both by burials and its architectural heritage.

Schekavitsky cemetery – is situated on Shchekavitsa hill and is the oldest necropolis. It consists of 2 parts separated by the slope. There is Old Believers cemetery on the hill, the Muslim one is under the hill. According to official data, Shchekavitsky cemetery was laid down in 1772 for people who died with the plague. On the territory of the cemetery there was All Saints Church erected in the Baroque style.

The cemetery was central and the most important cemetery in Kiev for some time. According to the origins, the Prince of Kiev Prophetic Oleg was buried there. In the 1930s All Saints Church and most part of cemetery, except Old Believers and Muslim parts, were destroyed. Today, you can see only the remaining graves of not operational cemetery. The last burials here were in the 1940s. It is believed that these places have a strong energy.

Lukyanivske cemetery – was opened in 1872. Lukyanovka cemetery is one of the oldest necropoleis in Kiev. In the beginning there were buried the mad people from Kirillovskaya mental hospital. Later, Lukyanovka cemetery received the status of central cemetery, after which Kiev elite was buried here. Among them were academician N.D. Strazhesko, mathematician D.A. Grave, second president of the Academy of Sciences of the USSR N.P. Vasilenko and pilot P. Nesterov.

The history of Lukyanovka military cemetery and destroyed Jewish cemetery, next to which was the necropolis of the Karaites, is connected with this necropolis. There is a functional Orthodox Church of St. Catherine and a museum room in the cemetery. More than two thousand graves and tombstones of the cemetery are included in the list of monuments of Kiev. Nowadays it is state historical and memorial reserve “Lukyanovka Cemetery”, where there are daily excursions.