Theatres in Lypky of Kiev 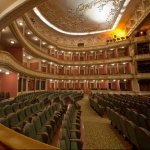 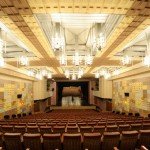 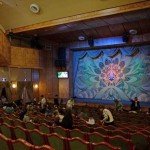 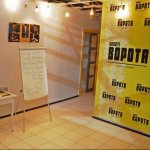 – Ivan Franko National Academic Drama Theatre – was founded in 1898 and is located in the heart of Kyiv, hiding in the quiet streets of the Franko Square. Since 1926 the building of the theatre has become a permanent stage for the theatrical troop. And now for more than 100 years as the theatre pleased the audience with their creativity. A tangible contribution to the uniqueness of the style was made by Gnat Yura – the head of the theatre in 1920-1964. In the period of 2002-2012 the theatre was headed by outstanding legendary man Bohdan Stupka, who made a huge contribution to its development. Today the Franko Theatre is the most popular among the citizens and guests of the capital. The visiting card is the play “Stolen Happiness” based on the play by I. Franko, premiere of which took place back in 1940. The performance was among the best achievements of the theatrical art of Ukraine. Today the repertoire includes more than 40 performances of various genres. Here there are famous Ukrainian actors – B. Benyuk, A. Khostykoyev, S. Kalantai, N. Sumska, O. Stupka and many others.
Address: I.Franko Square, 3
Contacts: +38(044)279-59-21

– Kyiv Academic Young Spectators’ Theatre at Lypky – was founded in 1924 and is located in the centre of the capital on the Lypska Street. For a long time the theatre did not have its own premises and gave performances at various venues in the centre of Kyiv. Since 1954 it settled at Lypky, where it is still to the present day. Since 2004 the theatre is given the status of an academic one. In its history outstanding masters of theatrical art worked there – M. Stanislavsky, A. Buchma, V. Tatlin, M. Foregger and others. The theatre has been repeatedly awarded prizes. So in 2010 the performance “Forest Song” received the L. Ukrainka State Prize of the Cabinet of Ministers of Ukraine. At one time here worked R. Viktyuk, B. Benyuk and V. Linetsky. Today the repertoire includes more than 30 performances based on classical and modern plays.
Address: Lypska Str., 15/17
Contacts: +38(044)253-62-19

– Kyiv Academic State Puppet Theatre – is a fairytale castle located along the Hrushevsky Street in the Khreschaty Park. The theatre, founded in 1927 performed on different city stages – in the former kenass on the Yaroslav Val Street, in the synagogue on the Shota Rustaveli Street and other places. The current building of the theatre was built in 2005 at the site of the children’s cinema “Dnipro”. In addition to the beautiful appearance, there is a “Throne Room” inside, a children’s cafe, an aquarium with sea fish, a light and musical fountain with a character from the fairy tale “Thumbelina” is laid out at the entrance to the theatre. Also there is an exhibition-museum of puppets. Today the repertoire includes more than 40 performances for both children and adults. So, for example, the performances “Divine Comedy”, “Decameron” and “For Two Hares” are called popular for adults.
Address: Hrushevsky Str., 1-a
Contacts: +38(044)278-58-08

– “Golden Gate” Theatre – was created in 1980 as the legendary Theatre of Poetry and is named in honour of the eponymous monument of architecture. Over the years, the repertoire included performances that took part in numerous international festivals, namely – “Mozart and Salieri”, “Marusya Churay”, “Caligula”, “Notre Dame de Paris”, and others. At the Edinburgh Festival, the theatre was awarded the highest rating – “5 stars”. At different times such famous Ukrainian actors as Olexiy Vertynsky, Rimma Zyubina, Nina Matvienko, Anton Mukharsky, Kostiantyn Stepankov, Valentyn Shestopalov played on the stage of the theatre. The slogan of the Golden Gate is – “a theatre, not a museum.
Address: Shelkovichna Str., 7-a
Contacts: +38(044)253-92-76