Museums in Podil of Kiev 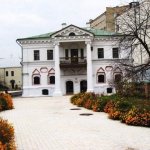 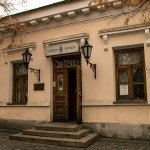 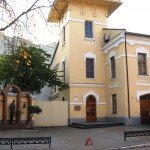 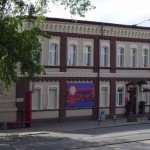 Museum of Contemporary Art of Ukraine 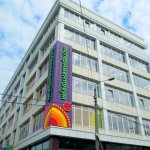 – The Hetman’s Museum – opened in 1993. The Hetman’s Museum in Kyiv tells about one of the most interesting milestones in the history of Ukraine – the era of the hetman power. Here there are more than 6000 exhibits associated with the administration of the hetmans. The permanent exhibition includes 4 halls dedicated to Ivan Mazepa, Bogdan Khmelnytsky, Pylyp Orlyk and Pavlo Skoropadsky. Among the most important exhibits of the museum are part of the hetman’s club of the 13th century, the Khmelnytsky’s family coat of arms, confirming the noble birth of the hetman, personal belongings of Pavlo Skoropadsky and others. The museum locates in a remarkable architectural monument of the late 17th century, known in Kyiv as “the house of Hetman Ivan Mazepa” (although the hetman here has never lived). The house, which survived the fire of Kyiv Podil in 1811, is one of the oldest civil buildings in Kyiv. The two-stored mansion in the Baroque style typical for Cossack architecture was built during the reign of I. Mazepa. Traditionally, the people of Kyiv call it the hetman’s name, although there is no reliable information that Mazepa lived here. Since 1717 the house was owned by the Cossack-philistine family of Sychevsky, whose representatives were members of the city magistrate. Among the few Podolsky mansions, this house survived in the fire of 1811. During the reconstruction of Podil, a second floor and a pediment with columns were completed. In Soviet times, there were communal apartments.
Address: Spaska str., 16-b
Contacts: +38(044)425-55-49
Work time: Mon – Thu, Sat, Sun from 10:00 to 17:00, Fri – a day off.
Open Day: the last Monday of the month.

– The Pharmacy Museum – the museum is dedicated to the history of the formation of Ukrainian pharmaceuticals and pharmacy business. The top floor of the museum recreated the interior of the pharmacy of the XVIII-XIX centuries. Here you can find chemist’s dishes, furniture, dental and surgical instruments. On the lower floor there are several installations – the hut of the sorceress, the cell of the herbalist and the laboratory of the alchemist. The museum keeps the second unique cash register “National” in Kyiv, which is over 110 years old. Its feature is that all the mechanisms are designed so that cashiers could not steal money from the cash register, and the proprietor could see how much earned each of the cashiers for the day. Museum is interesting not only with the exposition. Its uniqueness lies in the fact that it was in this place in 1728 that the first private pharmacy in Kyiv was opened. In the Pharmacy Museum there is a shop where you can buy medicines and tinctures made according to old recipes.
Address: Prytisko-Nikolska str., 7
Contacts: +38(044)425-24-37
Work time: Mon – Sat from 09:00 to 17:00, Sun from 09:00 to 16:00

– The National Museum “Chornobyl” – is a museum dedicated to the Chornobyl disaster. It was opened on April 26, 1992 in the building of a fire station. The exposition of the museum amounts up to 7,000 exhibits. Here you can see declassified documents, maps and photos, the operating model of the power unit of the Chornobyl NPP, unique video materials about the disaster and its consequences, using the three-phase diorama “Chornobyl NPP before, within and after the accident” that expand the chronological and thematic scope of the museum, . For the years of its existence, the museum was visited by presidents of different countries, the UN mission headed by Secretary General Kofi Annan, the OSCE President Adrian Severin, and others. The sculpture “Hope for the Future” was installed next to the museum.
Address: Horevy Lane, 1
Contacts: +38(044)482-56-27
Work time: Mon – Sat from 10:00 to 18:00, Sun – a day off.
Open Day: April 26, May 18.

– Museum of Contemporary Art of Ukraine – a private museum, where works of contemporary Ukrainian artists are represented. It was created in 2005 by Maecenas S. Tsyupko on the basis of his personal collection of paintings and graphics. The mission of the museum is to collect, preserve, explore and promote the art of Ukraine of the XX – early XXI centuries. The museum fund has more than 4,500 unique exhibits, is one of the most complete and representative collections of Ukrainian painting, graphics, sculpture and decorative and applied art. The museum often hosts exhibitions of Ukrainian artists.
Address: Kyrylivska str., 41
Contacts: +38(044)454-47-40
Work time: Tue – Sun from 11:00 to 19:00, Mon – a day off.

– Kyiv Exrepimentanium Museum of Popular Science and Technology – is a museum and a scientific and entertainment centre, in which the laws of science and phenomena of the surrounding world are demonstrated. This is 1400 square meters of fascinating leisure and more than 250 exhibits. Thanks to interactive exhibits, each visitor can feel himself a real researcher and “touch” to the science. The permanent exposition of the museum is devoted to physics, mechanics, optics, electricity, magnetism and acoustics. A separate exposition is occupied by anatomy and the department of “Secrets of water”. Also appeared the new direction “New Technologies”. The museum has many different optical illusions, puzzles, laser and mirror labyrinths, as well as gaming exhibits.
Address: Stepan Bandera Ave., 6
Contacts: +38(044)383-73-54, +38(096)477-97-91
Work time: Tue – Fri from 09:30 to 19:00, Sat, Sun and holidays – from 10:00 to 20:00.