Museums in Lypky of Kiev 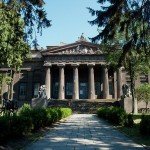 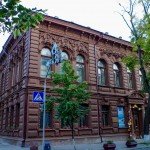 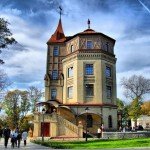 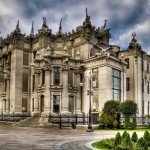 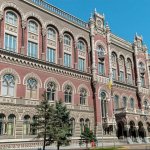 The Museum of Money

– The National Art Museum of Ukraine – is the largest museum of Ukraine, which has collected masterpieces of Ukrainian and foreign paintings, sculptures and graphics, dating back to the times of Kievan Rus. Also in the museum there is a huge collection of icon-painting. Today the collection of the museum amounts 40 thousand exhibits. It was founded by the Ukrainian intellectuals in 1899 as the City Museum of Antiques and Arts. The building of the museum was built by the outstanding architect Gorodetsky, and the sculptural design belongs to the italian – Elio Sala. The facade of the building is decorated with columns in the ancient Greek style, and before the entrance majestically were placed statues of lions. Since 1904 the museum is open to visitors. Today the museum often hosts exhibitions of contemporary artists.
Address: Grushevsky str., 6
Contacts: +38(044)278-13-57, +38(044)278-74-54
Work time: Wed – Thu, Sun from 10:00 to 18:00, Fri from 12:00 to 20:00, Sat from 11:00 to 19:00
Open Day: the last Sunday of the month.

– The “Chocolate house” – was built in 1901, at the Shovkovychna Street 17/2. The name “Chocolate house” was received because of the characteristic chocolate colour. It was built for the merchant of the first guild of Semen Mogilevtsev. During the Soviet era, the house was the central registry office in Kyiv. The building was constructed in the style of the Italian Renaissance and has a special architectural and artistic value. Today there is a branch of the Museum of Russian Art. Visiting the “Chocolate House” you can see the murals of walls and ceilings, decorated with rich moulding and gilding, carved wooden doors and windows, coloured stained-glass windows and forged fences.
Address: Shovkovychna str., 17/2
Contacts: +38(044)253-05-21
Work time: Tue, Wed, Fri – Sun from 11:00 to 18:00, Mon, Thur – the days off.

– Kyiv Water Museum – is located in the dungeon of the water tower in the 1870s. The building is located on the territory of Khreshchaty Park. The structure consisted of two water towers up to 20 m in height and an underground reservoir with a capacity of up to 110 thousand buckets. The main exposition is located in the premises of the former underground tank for clean water. The museum presents authentic exhibits of the XVIII-XIX centuries. Here you can observe the melting of glaciers or the origin of rain, see a giant toilet, go inside the soap bubble or try to inflate the bubble yourself.
Address: Grushevsky str., 1
Contacts: +38(044)279-53-33
Work time: Wed – Fri from 10:00 to 16:00, Sat, Sun from 10:00 to 17:00, Mon, Tue – the days off.

– The House with Chimaeras – shrouded in legends and myths, was built in the period of 1902-1903 by the famous architect Gorodetsky and it is his best creation. This was the first house in Kyiv, which was built from expensive cement at that time. For erecting a house with chimaeras, Gorodetsky bought a site-a cliff on the bank of a drained bog, forbidden to construction by the authorities. That’s why from the side of Bankova mansion has 3 floors, and from the other side – 6. The facade of the building is decorated with figures of unusual creatures: dolphins and sea reptiles, crocodiles and lizards, huge frogs and heads of rhinoceroses, and other animals. Initially, the house was built, as profitable. One floor was occupied by Gorodetsky himself. And near the house there was an alpine hill with a fountain and a small garden. The interior decoration of the mansion is also rich in mouldings, paintings, which depicts the underwater world. Between the 4th and 5th floors on the stairs installed an electric lamp in the form of a giant catfish. In 1912 Gorodetsky laid his mansion and could not return it. Now there are guided tours by appointment.
Address: Bankova str., 10
Work time: Sat from 10:00 to 14:00 (by appointment).

– The Museum of Money – located in the building of the National Bank of Ukraine. Here you will learn about all types of money that existed on the territory of Ukraine throughout its history – from the times of Kyivan Rus to the present day. The museum has more than 13,000 coins and notes, among which there are monetary units of the III-VIII centuries, medieval coins, money of the Russian Empire, banknotes of the Ukrainian People’s Republic, as well as money of the Soviet period and independent Ukraine. Unique coins in the collection are considered “zlatnyky” of Prince Volodymyr the Great, existing only in eleven copies. All visitors of the museum as a gift are allowed to rap out a coin with the image of the National Bank. You can get to the museum by appointment, with a document confirming your identity.
Address: Instytutska str., 9
Contacts: +38(044)253-01-75, +38(044)521-88-52
Work time: Tue – Fri (by appointment). Sat, Sun and holidays – the days off.